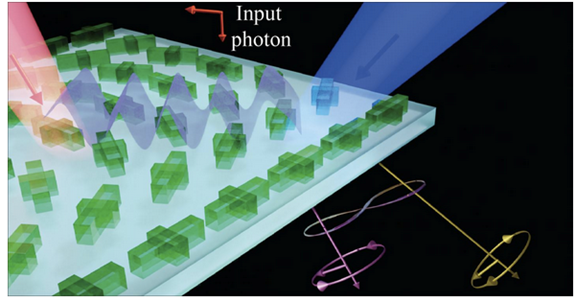 Scientists at DOE/SLAC National Accelerator Laboratory demonstrated the observation of atoms moving in a tiny quantum electronic switch as it operates. They also discovered a new material state that could mean faster, more energy-efficient computing and made the first snapshots of atoms moving inside one of the switches as it turns on and off.

This is the first-time researchers used ultrafast electron diffraction to detect tiny atomic movements in a material by scattering a powerful beam of electrons off a sample and observe an electronic device as it operates. Their snapshots, taken with SLAC’s ultrafast electron diffraction camera MeV-UED, were strung together to create a molecular movie of the atomic motions, showing subtle changes in the arrangement of their atoms over billionths of a second.

In the process, the team discovered a new, intermediate state within the material created when the material responds to an electric pulse by switching from the insulating to the conducting state.