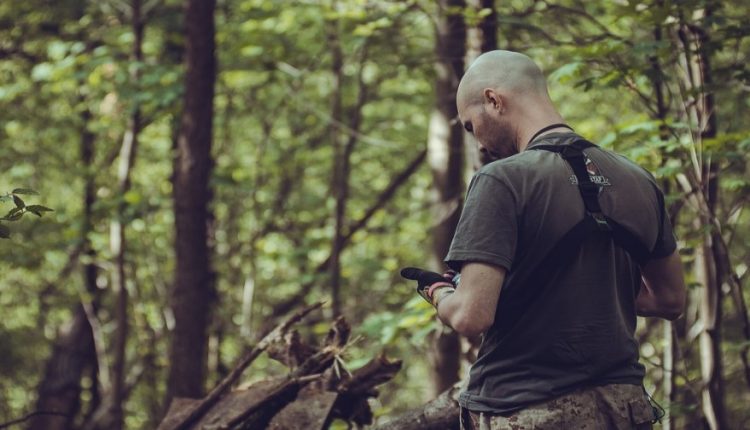 Soldiers Will Soon be Able to Locate Shooters from their Smartphones

For decades now, militaries have worked hard to develop technologies that simultaneously protect infantry soldiers’ hearing and aid in battlefield communication. However, these advanced Tactical Communication and Protective Systems, or TCAPS, such as earmuffs or earplugs with built-in microphones allowing active hearing protection, don’t help if a soldier takes them off to assess the location of incoming gunfire.

Now, a French researcher has developed a proof-of-concept that uses the microphones in a TCAPS system to capture a shooter’s acoustic information and transmit this to a soldier’s smartphone to display shooter location in real time.

“At the beginning of an ambush, the most important thing for soldiers is to know where the shooting is coming from so that they can hide on the right side of a vehicle or at least aim in the right direction — and they need this information very fast,” said Sébastien Hengy, a combat acoustics researcher at the French-German Research Institute of Saint-Louis (ISL).

TCAPS have four microphones: two outside the ear canal and two inside it, underneath the hearing protection. In the French case, this is an electronic filter that activates to block out loud noises, such as when a soldier fires his or her own weapon.

“Our system uses the microphone underneath the hearing protection in order to detect the shock and muzzle waves generated by supersonic shots and record the time difference of arrival of the Mach wave between the left and right ear. By combining the information sent by all the TCAPS deployed on the field, this gives you the direction of arrival of the waves and thus the direction in which the shooter is,” explained Hengy.

This information is sent via Bluetooth or USB to a soldier’s smartphone which uses a data fusion algorithm developed by Hengy to calculate the shooter’s position.

“If it’s a smartphone with a good processor, the computation time to get the complete trajectory is about half a second,” said Hengy, noting that once a soldier begins returning fire, the location system automatically turns off.

To date, Hengy has successfully demonstrated the system with microphones mounted ear width apart (about 10 centimeters) in a field, and is currently finessing the technology, including integrating head orientation information from tiny compasses mounted in the hearing protection.

Later this year they’ll begin tests with the system on an artificial head and, if all goes well, deploy the technology as early as 2021. The TCAPS technology is being developed in collaboration with French company Cotral.

How Acoustics Detected Artillery in WWI