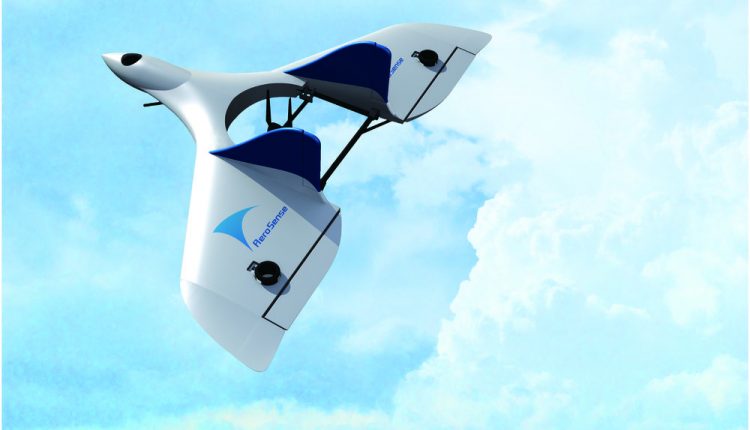 Just last month, Sony announced that it would partner with robotics firm ZMP in a joint drone venture called Aerosense. Now, the company has released a video showing off its drone prototype’s skills.

The drones, that look a lot like miniature airplanes, will be capable of carrying loads up to 22 pounds and will be able to fly for over two hours at a maximum speed of 106 miles an hour. Sony’s drone venture was set in motion to serve business customers — conducting facility inspections and land surveying —in  an attempt to broaden its horizons and break free of a strictly consumer product business.

According to Sony’s blog:

Sony Mobile is proactively engaging in new business creation initiatives, with a particular focus on the Internet of Things (IoT) sector. This joint venture represents a part of this push into IoT, as Sony strives to provide its customers with additional value by developing and managing total package cloud solutions.

The autonomous, vertical take-off and landing drones will  use sensing and communication technology to provide high-resolution images and high-speed wireless data upload.

Video Of The Day: Watch NASA Crash Test A Bunch Of Spacecraft