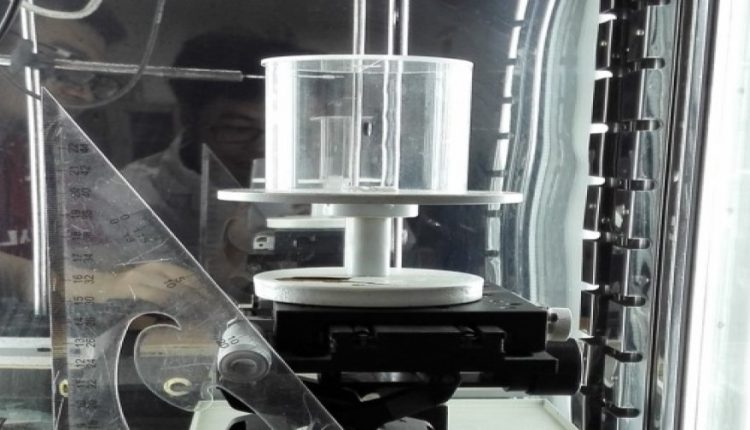 Researchers at the Massachusetts Institute of Technology (MIT) have discovered a possible new use for spider silk. In addition to being one of the strongest materials for its weight, the resilient fibers respond to changes in humidity. This characteristic could lead to the use of spider silk – or a synthetic version of the material – in artificial muscles and robotic actuators.

Above a certain level of relative humidity in the air, spider silk fibers suddenly contract and twist, a phenomenon known as supercontraction. Spider silk exerts enough force that they could be used as actuators, devices that move to perform an activity.

The findings are being reported today in the journal Science Advances, in a paper by MIT Professor Markus Buehler, head of the Department of Civil and Environmental Engineering, along with former postdoc Anna Tarakanova and undergraduate student Claire Hsu at MIT; Dabiao Liu, an associate professor at Huazhong University of Science and Technology in Wuhan, China; and six others.

The researchers started by studying the influence of humidity on spider dragline silk, suspending a weight from the silk to make a kind of pendulum and enclosing it in a chamber where they could control the relative humidity inside. When they increased the humidity, the pendulum, surprisingly, started to rotate.

The team tested a number of other materials, including human hair, but found no such twisting motions in the others they tried. It is possible other natural materials possess this property, but it hasn’t been noticed yet.

A number of teams around the world are also working to replicate these properties in a synthetic version of the protein-based fiber, which could be used to create artificial muscles or more precise humidity sensors for industrial applications.

What is the Most Effective Way to Commutate a BLDC Motor?

Design and IP Solutions for Optical Datacom at OFC 2019