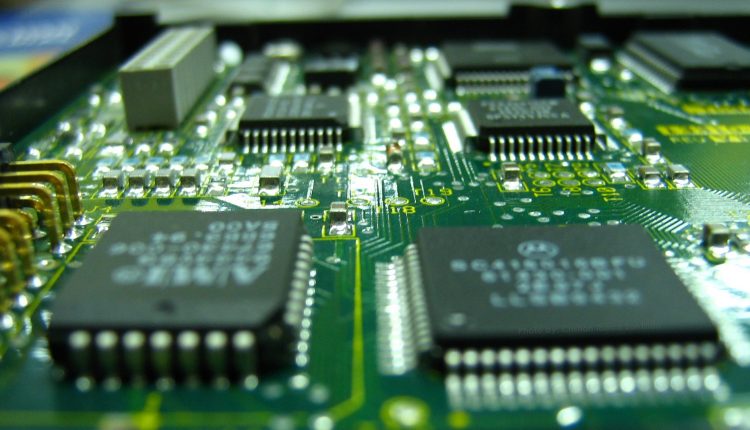 Taiwan Maintains Edge as Largest Base for IC Wafer Capacity

As a percent of worldwide total, China achieves largest increase in fab capacity at expense of all other regions, but still trails Taiwan, South Korea, and Japan in installed capacity.

To clarify what the data represents, each regional number is the total installed monthly capacity of fabs located in that region regardless of the headquarters location for the companies that own the fabs.  For example, the wafer capacity that South Korea-based Samsung has installed in the U.S. is counted in the North America capacity total, not in the South Korea capacity total.  The ROW “region” consists primarily of Singapore, Israel, and Malaysia, but also includes countries/regions such as Russia, Belarus, and Australia. 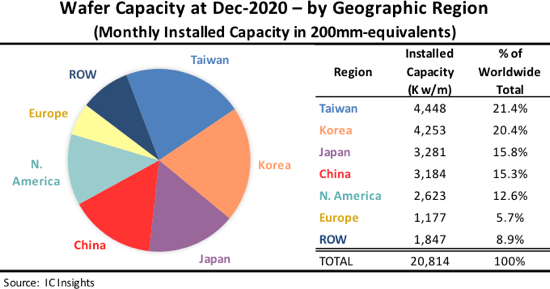 Some observations contained in the Global Wafer Capacity Report 2021-2025 regarding IC capacity trends by region include: