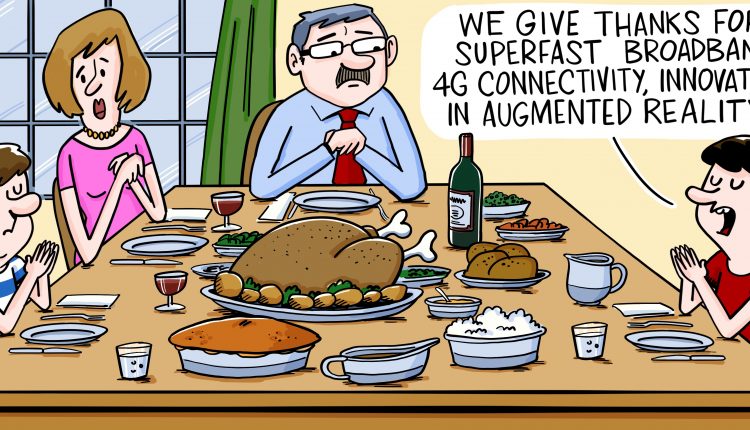 What did you give thanks for this Thanksgiving 2017?

While many sat down this Thanksgiving and gave thanks over their turkey to things such as family, health, friends and good fortune – we can’t help but feel that tech deserves a mention.

This year has played host to a wealth of technological innovations, from consumer products like wearables and gaming platforms in Virtual Reality (VR) and Augmented Reality (AR) – one only has to think of Pokémon Go for an example; to healthcare and industrial inventions like medical wearables and 3D printing.

2017 has been a year of tech breakthroughs.

Many ideas that had until this year only existed within the realms of Sci-Fi have now become tangible inventions.

Although it appears that despite many of the breakthroughs being welcomed with open arms and an open mind – and an open wallet – a few of the tech creations of 2017 have been met with a healthy serving of skepticism.

Hanson Robotics robot, ‘Sophia’ – the first robot to be granted citizenship by a country – and by Saudi Arabia no less – which is ironic considering Sophia Robot now enjoys more human rights than that of the female population of the country, sparking outrage for many.

Elon Musk and Stephen Hawking have both iterated their concerns about the advancements within Artificial Intelligence (AI), with Hawking going as far to warn that, “AI may replace humans altogether.” Nobody will be able to say we weren’t warned now.

The threat of a robotic invasion aside, we should all be thankful for the tech innovations this year that have helped make lives safer, healthier and happier.