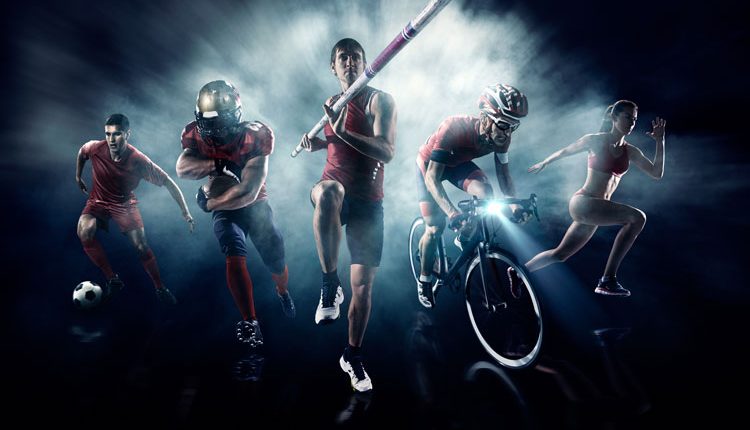 The Wearable Technology Show 2017, hosted multiple paid conference tracks over the duration of the show, at ExCeL London on 7th-8th March, 2017. eeDesignIt editor, Daisy Stapley-Bunten, reported on the Performance Sports Conference to find out more.

Smart clothes have taken the world by storm, consumers are now embracing the technology and finding functional uses for it. The following session will consider some of the new smart clothing products, the positives and negatives and the main features that will attract consumers in the future.

Whilst we are still in the early stages of smart clothing, they can still have an impact for elite sports, and the majority of wearables have been a success.There is still a huge interest for them in the market. For example, heart rate straps and GPS monitors for soccer players are in demand, however they need to be integrated and this is the next challenge. An all-in-one solution is highly sought after.

The question was raised however as to what is smart clothing? If a sensor is simply stitched onto clothing, does this qualify?

There is also the issue of the added weight of smart clothing in elite sports; for cyclists for example.

There are a couple of solutions arriving in the market that are totally integrated, but we are in the early stages.

It was elaborated however that it was not all about collecting huge amounts of data, that you can collect too much, it needs to be valuable, accurate and reliable.

The main barriers to the development of smart clothing for performance sports were listed as; speed of development, washability, knowing what data needs to be collected, market is in its early stages, the cost, as whole suits are very expensive.

As a case study, particularly in soccer there is a huge desire from players, owners and clubs for this type of data collection. The clubs and owners want statistics on their players to associate a monetary value to justify their capital output. However the coaches and players have different perspectives and want the same data sets to analyse the feedback for the well-being and development of the players. Therefore it was explained that data is not just tactical, but holds a financial and political value.

Overall, whilst there is huge demand for smart clothing, currently the market is filled with wearables attached to clothing, rather than an integrated solution.

Are Wearable Technologies the Magical Solution for Injury Prevention?

There is nothing worse than training hard, getting fit, seeing results then injuring yourself and going back to square one. Wearables can ensure we can train harder by being smarter.

With regards to injuries, head injuries in sport are a big concern that warrant attention from wearables, as lots of head injuries are lost in the cracks and go unregistered by players, but they carry long-term effects.

Johnson suggested that the FDA, or similar authorities, need to start stepping in to regulate all of the devices that are being released with medical claims.

Contego suggested that what is needed, is faster dynamic tools to help make more informed decisions with regards to an athlete’s well being, pitch-side.

The discussion that drew the most attention from the panel, was that of privacy, as it is not just a question of what data should be collected from athletes, but how this data is then applied. Some companies with medical wearables claiming to offer an advantage to a player’s game through the interpretation of the collected data, are often asked to sign a contract so that they cannot offer their services to competitor teams.

The issue of an athlete’s privacy was raised in regards to their private medical data being accessible to managers and club owners, etc, and the ethics involved with this.

Wearables in Sport – The Future

The future of smart technology in sport and the wearables is constantly influencing the sports world be it through performance, training methods and coaching. How does the future look when using wearables in sport?

Kiselev noted that the average heart rate of a Formula 1 driver over a two hour race is 180bpm, and that sports data from wearables could lead to a better appreciation and understanding by the public of an athlete’s output and physiological performance.

Johnson stressed the importance of the ability to make informed decisions quickly, using the data that wearables can relay.

Whyte noted that following a study of the physical activity of a law firm’s 800 employees, in an effort to promote activity among sedentary workers, the interactivity of the wearable device allowed him to have a personalized, remote approach as a medical professional. Whyte also noted that the platform led to more productivity through his ability to motivate and engage with the participants, which resulted in less absenteeism.

When asked how sports brands are populating the space and what their future visions are for the sports wearables market, Kiselev replied that ‘invisible’ wearables, integrated into clothing, was the way forward for sports. Johnson suggested a future that focused on ease of use for high contact sports, referencing the occasion when an NBA player was banned from wearing the Whoop wearable on court, a more discrete and less invasive solution is needed.

Whyte drew attention to the problem of, “death by data.” He said that the key question is what is important to the user? Interfaces of wearables need more personalization, as you can collect too much data. Johnson agreed.

Lahtinen suggested that the future of sports wearables had the potential to provide haptic and audio feedback to users so that they could make a mental note of their performance during those seconds of muscle memory, rather than looking at the data retrospectively.

Whyte raised the issue of the activity of the nation, “the UK is the lazy man of Europe.” Explaining that 16 million people in the UK exercise for less than 30 minutes in a week, but this was linked to deprivation. He suggested that cheaper wearables helps but is not the only solution, as it does not work for everyone. Kiselev echoed that raising awareness of inactivity through the use of wearables was a good thing.

When asked about the possibility of ‘implantables’, Whyte said that they already exist, for example ECG monitors can be attached under the clavicle. He said that the issue here would be the ethical issues, rather than the practical, and would depend on the data value.

Johnson replied to the question of how accurate are the current tools at our disposal, stating that they are, “not at a level where can hang hang our hat on data.”

Closing Keynote: The Impact Wearables are Having on The World of Swimming

Wearables can and will play a role in the future of swimming. Hear how combined analytics, project performance times and metrics are captured in training, enhancing performance and how swimming athletes compete overall as a strategy for the future.

Cooke discussed whether wearables can support high performance in Olympic swimming; he discussed the hurdles faced for wearables in the sport, as not only do they increase drag by 30%, but they are also likely to just come off at the speed the athletes swim.

He admitted however that they were more accurate than a stopwatch and reduced the burden on the coach.

Camera system similar to how eyes work in tandem

Getting a free ride in Waymo’s self-driving minivans