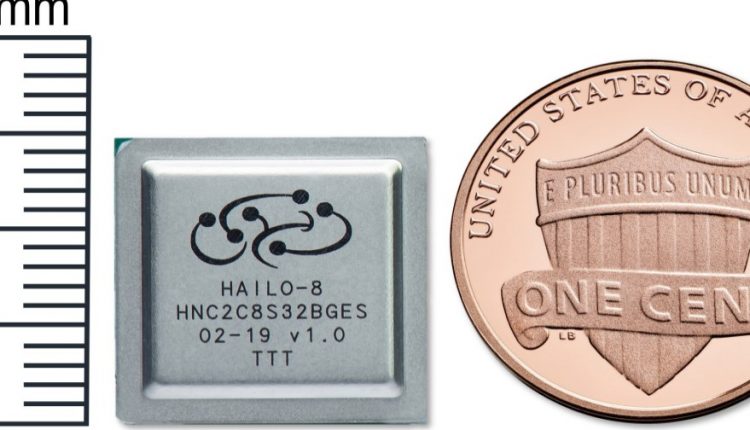 This Deep-Learning Processor Enables Deep Learning Apps Without the Cloud

It’s no secret that disadvantages exist in the current architecture of the embedded processing infrastructure, which is designed based on a 70-year-old underlying structure.

AI chipmaker, Hailo, addresses these issues with a holistic solution, which completely rethinks the existing pillars of computer architecture – memory, control, and compute – and incorporates a key, comprehensive Software Development Kit (SDK) co-developed with the hardware.

The company has released the Hailo-8™, the world’s top performing deep learning processor. Hailo is now sampling its breakthrough chip with select partners across multiple industries, with a focus on automotive. The chip is built with an innovative architecture that enables edge devices to run sophisticated deep learning applications that could previously run only on the cloud.

The Hailo-8™ processor, which features up to 26 tera operations per second (TOPS), significantly outperforms all other edge processors with area and power efficiency far superior to other leading solutions by a considerable order of magnitude – all at a size smaller than a penny, including the required memory. By designing an architecture that relies on the core properties of neural networks, edge devices can now run deep learning applications at full scale more efficiently, effectively, and sustainably than traditional solutions, while significantly lowering costs.

Hailo is working with leading OEMs and tier-1 automotive companies in fields such as advanced driver-assistance systems (ADAS), as well as players in industries like smart cities and smart homes, to empower smarter edge and IoT devices. These industries often require the use of high-performance cameras to perform tasks such as semantic segmentation and object detection in real time – tasks which Hailo’s chip can perform at full resolution while consuming only a few Watts. Hailo’s redesign eliminates untenable heat dissipation issues and removes the need for active cooling systems in the automotive industry. Its advanced structure translates to higher performance, lower power, and minimal latency, enabling more privacy and better reliability for smart devices operating at the edge.