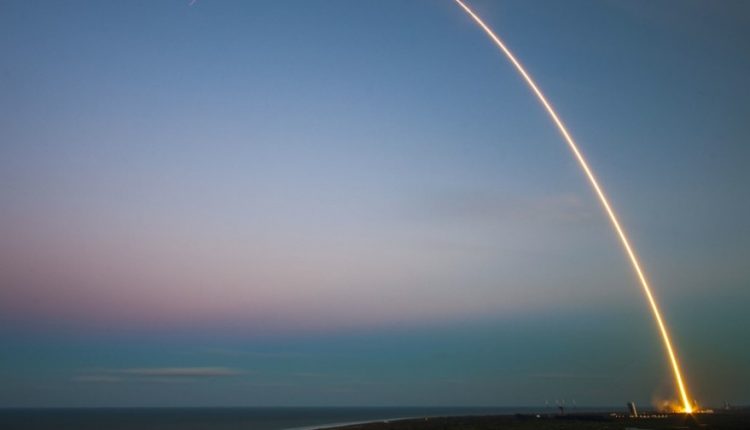 Who Will Win the Next Space Race?

For the first time since 1969, America is in a space race. This time, though, the race is happening (largely) within our borders, and amongst the participants are several well-known entrepreneurs with clear goals – and strong rationales – for getting into space.

Elon Musk’s firm, SpaceX, has already made several successful flights to the International Space Station, delivering cargo and experiments to astronauts onboard.

Amazon owner Jeff Bezos has high hopes for the Blue Origin New Shepard, which has completed 11 suborbital flights, and the upcoming New Glenn, a heavy rocket being designed to compete with SpaceX’s Starship.

Then there’s Richard Branson, of Virgin Records and Virgin Air fame, with ambitions for space tourism through Virgin Galactic and his SpaceShipTwo suborbital spaceplane.

Boeing also has a stake in the race, with its Starliner orbital spacecraft and tons of NASA support and funding.

The destruction of SpaceX’s Crew Dragon set Musk back in achieving his goal of manned space flight this year. SpaceX’s planned July launch could be postponed to 2020 as they build a new vessel, and Boeing could launch a manned flight to the ISS as soon as August of this year.

But anything can happen.

As each of these companies race to put people in deep space again from American launch pads, what are their long-term goals?

Bezos dreams of space tourism and, ultimately, putting people on the moon – to stay this time, he says.

Musk’s goal is to set up sustainable colonies on Mars. In fact, some say all his endeavors, from solar panels to electric-powered vehicles, lead, in some way, to the goal of populating Mars.

Branson is more tight-lipped about his plans, but it seems that space tourism may be the endgame for Virgin Galactic.

But who is most likely to achieve manned deep space flight first? And how will they accomplish it?

Originally a co-founder of PayPal, Musk has launched multiple companies, including Tesla, Inc., which manufactures electric vehicles like the Tesla Roadster and solar panels. A technology entrepreneur, investor, and engineer, Musk holds citizenship in the U.S., Canada, and South Africa, where he was born.

Best known for launching Amazon, Bezos created Blue Origin in 2000. Recognized by Forbes as the first centi-billionaire and “the richest man in modern history,” he had a net worth of $150 billion in July 2018.

The oldest of the entrepreneurs discussed in this article, Branson opened Virgin Records in 1972 – one year after Musk was born. Today, he owns Virgin Group, which controls more than 400 companies, including Virgin Galactic, founded in 2004.

Headed by Chairman, President and CEO Dennis Muilenburg, Boeing has the history, the knowledge, the infrastructure, and the funding to take us where no one has gone before.

SpaceX became the first company to successfully build and launch a reusable orbital rocket in 2017 with the Falcon 9. Since then, the rocket has made several missions to the ISS carrying valuable cargo – and once, a car. Musk launched his red Tesla Roadster into orbit as part of a test flight.

The Falcon Heavy, essentially three Falcon 9 nine-engine cores, is twice as powerful as any other rocket in operation today. Designed to carry humans into space and further Musk’s goal to get to Mars, the Falcon Heavy is equipped to carry the Crew Dragon and Cargo Dragon spacecrafts.

Next up for SpaceX is the Starship, formerly the BFR (Big Falcon Rocket), which could carry the first manned mission beyond the moon.

The New Shepard suborbital vehicle sent 38 payloads into space on May 2, 2019, supporting NASA’s Flight Opportunities program, which takes technologies from the laboratory to a relevant flight environment.

Blue Origin also recently revealed the Blue Moon lander and BE-7 rocket designed to carry the lander. The Blue Moon can carry 6.5 tons of cargo, and potentially people, to the moon’s surface.

The New Glenn heavy rocket is on track to take its first flight in 2021, according to Space News.

With less lofty immediate goals than SpaceX, Blue Origins, or Boeing, Virgin Galactic seeks only to take passengers on the first commercial suborbital space flight – an accomplishment Branson expects to achieve this summer.

In its second test flight, SpaceShipTwo exceeded the 50-mile limit that earns passengers their astronaut wings.

From there? Deep space could very well be the limit.

The Starliner is a capsule designed to hold 7 astronauts or a combination of crew and payloads. Unlike other reusable crew modules, the Starliner is designed to be compatible with multiple rockets, including SpaceX’s Falcon 9 and rockets developed part of a joint venture between Boeing and the United Launch Alliance (ULA).

The Immediate Future: Too Close to Call

Space travel news tends to change every day. A company seems to be flying high on successes and – boom! – a ship explodes. Boeing is quietly creeping into the foreground without a wealthy celebrity at the helm, but as a pioneer and trusted name in aviation and aeronautics for more than a century.

Still, it wouldn’t be wise to underestimate the ingenuity of Bezos or Musk, or Branson’s extensive experience. Whoever ultimately wins the next stage of the space race, it’s clear the future of our planet is in the stars.