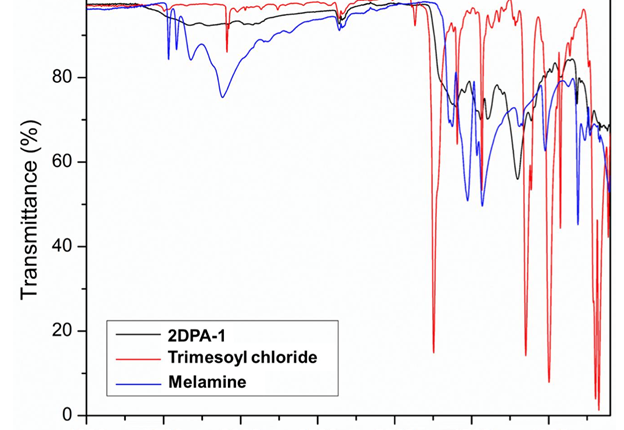 A new two-dimensional polymer is doing something once thought impossible; self-assembling into sheets. The material has potential as a lightweight, durable coating for car parts or cell phones, or as a building material for bridges or other structures, according to Michael Strano, the Carbon P. Dubbs Professor of Chemical Engineering at MIT and the senior author of the new study published in Nature. MIT postdoc Yuwen Zeng is the lead author of the study.

Polymers consist of chains of building blocks called monomers. These chains grow by adding new molecules onto their ends which can be shaped into three-dimensional objects using injection molding. During the growth, if just one monomer rotates up or down out of the plane of the growing sheet, the material will begin expanding in three dimensions, and you will lose the sheet-like structure.

The researchers came up with a new polymerization process to generate a two-dimensional sheet called a polyaramide. They use a compound called melamine, which contains a ring of carbon and nitrogen atoms. Under the right conditions, these monomers grow in two dimensions, forming disks. These disks stack on top of each other, held together by hydrogen bonds between the layers, making the structure very stable and strong. The new material’s elastic modulus is between four and six times greater than that of bulletproof glass, and its strength is twice that of steel, even though the material has only about one-sixth the density of steel. It is also impermeable to gases.