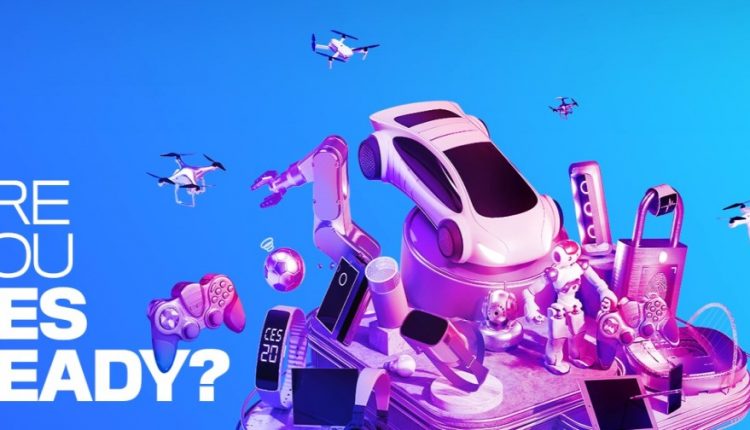 You’ll know it’s 2020 and the holiday season is officially over in North America when CES 2020 hits, January 7- 10. The tech media will be in a frenzy —reporting on announcements, awards, and the latest gossip from the Consumer Technology Association’s annual extravaganza in Las Vegas.

While the show itself only runs from Tuesday to Friday, the Monday preceding the conference is now considered “announcement day” and the pre-conference parties start as early as January 4.

Whether you plan to attend the tech conference on steroids that CES has become or just read about it, here are a few things to look for.

Whether this decade ends up being roaring or not, gender politics in the tech industry is under scrutiny in a way it’s never been before. It is, however, unlikely that anything at CES 2020 will top the absurdity of last year’s PR blunder, in which robotics Innovation Award Winner Lora DiCarlo won for its debut sex toy only to have the award revoked on the basis that sex toys should never have been considered according to convention rules. The award was restored in May, and Lora DiCarlo will be exhibiting in 2020 as CES permits a one-year trial of sex toys in the health and wellness category. But in the “you win some, you lose some, wait, what is going on here?” category, a new dress code policy for exhibitors and staff designed to eliminate “booth babes” bans sexually revealing garments (and anything that looks like lingerie), “an excess of bare skin” or clothing that “hugs genitalia.” L.L. Bean it is, then.

Those were the themes of CES 2019, and they’ll still be major areas of focus this year. As we inch closer to 5G, expect to see lots of entertainment-related demos and announcements about streaming video services, media players, and devices, a lot more smart TVs as they become affordable, a focus on 4K Ultra High Definition (4K UHD) and 8K TVs. Gaming is bigger than ever and Sony’s typical coyness about PlayStation 5 is fueling speculation that there might be an announcement. Expect a rebound in VR/AR eye wear innovations.

CES 2020’s AI stream runs the gamut from ethics to wearables, and from heart monitors to beauty tech. Innovation Award Honorees in the health and wellness category include eye wear for dyslexics, a non-invasive wearable diabetes alert, and a sleep bassinet that not only rocks the cradle but plays soothing sounds. In the wearables category, check out 5th Dimension’s augmented communications experience, glasses that connect to smartphones via Bluetooth 5.0 and use bone connectivity to let you answer calls, read text messages, or surf the net.

One long-time CES attendee, who’s been to the conference more than a dozen times already, is particularly interested in AI’s customer service (CX) applications. Gary Cubeta, founder of Insurance for Final Expense, said, “AI can provide an immediate customer service experience for our clients,” and that while his firm hasn’t yet chosen an AI CX solution, “we are strongly considering this, as it would be a huge benefit to our company and our customers.”

The CES Connections Summit January 7 will look at smart home connectivity innovations from independent living to energy management solutions, with an emphasis on privacy and security.

Privacy is the issue that’s finally lured Apple back to CES for the first time since 1992, although not as an exhibitor or to launch new products. Instead, it’s claiming a thought leadership role by having its senior director of global privacy Jane Horvath speak at a round table that includes executives from the FTC, Facebook, and Procter & Gamble. Topics to be covered: consumer privacy concerns and demands, the regulatory role in privacy, and how to build privacy at scale.

Not everyone is jumping for joy at the prospect of Apple, known to have trolled CES in the past, assuming leadership in the privacy space.

“I am eager to hear whether companies building consumer IoT products are ready to take security more seriously. The rash of horrifying stories of hacked home cameras—where even a girl in her bedroom can be harassed by a stranger— should be a wake-up call for the industry,” said Raullen Chai, CEO of IoTeX.

“Apple is attending CES for the first time in decades specifically to push their version of privacy,” said Chai. “As drivers of ‘user-centric privacy’ we are looking forward to hearing [what] the corporate definition of privacy is and how it stacks up against the way we see things.”

And Finally, a Not-so-cute Cat Video

Not to mock pet lovers or their fur babies, or the emotional benefits of co-existing with other species, but this cat video from Basepaws is not the cutest you’ll ever see. On the other hand, if testing your cats’ DNA can help them live longer, happier lives, and eventually help to eliminate genetic diseases in the feline population, bring it on.

Mobile Wind Generator Certified For Use With Batteries