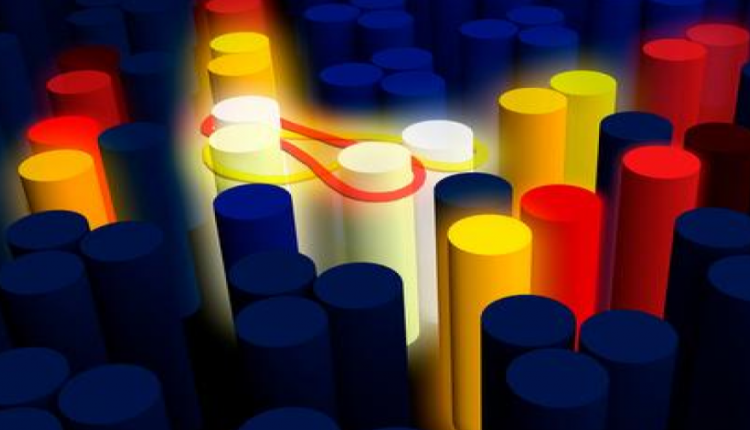 Even if we think we’re drowning in data, the socio-economic reality of life on a hot and crowded planet means we need to come up with solutions fast. Being able to quickly process and share that data is key.

Now a new approach to trapping light in artificial photonic materials by a City College of New York-led team could lead to a tremendous boost in the transfer speed of data online.

Research into topological photonic metamaterials headed by City College physicist Alexander B. Khanikaev reveals that long-range interactions in the metamaterial changes the common behavior of light waves forcing them to localize in space. Further, the study shows that by controlling the degree of such interactions one can switch between trapped and extended (propagating) character of optical waves.

“The new approach to trap light allows the design of new types of optical resonators, which may have a significant impact on devices used on a daily basis,” said Khanikaev. “These range from antennas in smartphones and Wi-Fi routers, to optical chips in optoelectronics used for transferring data over the Internet with unprecedented speeds.”

It is a collaboration between CCNY, the Photonics Initiative at the Graduate Center, CUNY; and ITMO University in St. Petersburg, Russia. As the lead organization, CCNY initiated the research and designed the structures, which were then tested both at CCNY and at ITMO University.

Research continues to extend the new approach to trap visible and infra-red light. This would further expand the range of possible applications of the discovery.

Another Look at Friction in Multi-layered Graphene