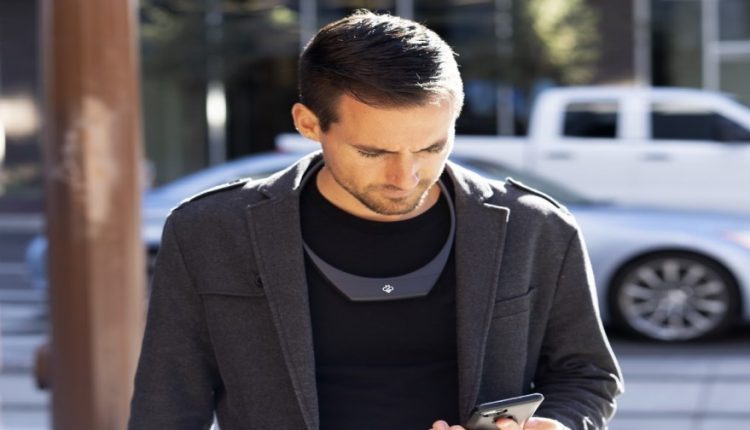 Now imagine an augmentative wearable device  that stimulates the feelings a person desires while having the ability to return to their normal baseline state within a matter of minutes. This is the world’s first wearable that empowers users to feel calm, alert, focused, relaxed or sleepy on command — all with just a few taps on their smartphone.

That’s becoming a reality as a company called Hapbee is patented technology and proprietary software to send low-wavelength electromagnetic signals throughout the users’ body to stimulate a cognitive response for their chosen feelings, without the use of any potentially harmful substances. The experience is comparable to that of playing a playlist of one’s feelings. With the Hapbee smartphone application, users select the feeling they want to “play” and determine the strength of the signal. The device is lightweight, ergonomic and designed to be worn over the head or around the neck.

Hapbee’s magnetic field is low-energy and predictable, emitting frequencies less than 22 kilohertz. Hundreds of healthy adult volunteers who have already used Hapbee have shared it helped them to increase productivity, get better rest, relieve stress and more.

Highlighting the science behind Hapbee, CEO Scott Donnell, said, “Every molecule has a unique electrostatic surface potential. This potential is critically important for how a molecule interacts with other molecules. Most of these interactions work through 3D electric fields from both molecules that change in time as the molecules rotate and bonds vibrate. In many cases, a molecule doesn’t need to be present as long as an electric field can create the same effect in the body.”

Hapbee is the result of 15 years of research and $80 million dollars of investments, and this is just the beginning. Following a highly successful crowdfunding campaign via Indiegogo, Hapbee will be available soon for pre-order via its website. To date, Hapbee has garnered more than 500 backers on Indiegogo. The campaign, ending on 11/03/2020, was fully funded in the first 7 minutes of its launch and secured over $215,000 of backing in the first 24 hours. To learn more about Hapbee, visit their campaign page at Hapbee.com/go.