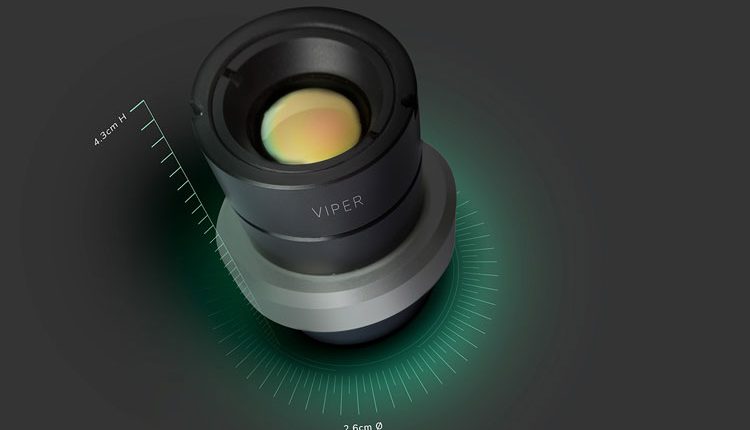 Technology company, AdaSky is developing a far infrared thermal camera called Viper that it said can expand the conditions that automated cars will be able to operate in, and improve safety.

“Today’s sensors are not good enough for fully self-driving cars and that’s where we come in,” said Dror Meiri, Vice President of Business Development at AdaSky.

“We think infrared (IR) technology can bridge the gap from Level 3 all the way to Levels 4 and 5.”

Passengers in Level 4 and 5 self-driving cars can read a book or go to sleep.

For that to happen, a car’s sensors must be able to provide a detailed and dependable 3D image of the car’s surroundings and other road users.

However, existing sensors all have their weak points. High resolution lidars struggle in rain, fog, and snow.

Radars can punch through bad weather but deliver less detailed information, while cameras suffer the same limitations as human eyes when faced with bright sunlight, glare, or nighttime conditions.

Passive infrared vision can help fill in these gaps. It spots differences in the heat emitted by objects in the road ahead.

Warm-blooded humans and animals are naturally prominent, while road surfaces stand out from nearby vegetation.

Oncoming headlights, direct sunlight, and abrupt lighting changes do not wash out the entire scene, as they can for normal cameras.

Far infrared technology has been around for decades in night vision goggles and security cameras.

However, its automotive applications have been limited to date.

Autoliv currently offers an infrared camera for cars, which is sold as a pricey ($2,000+) option on a few luxury models from Audi, BMV, Cadillac, Mercedes-Benz, and Rolls Royce.

That camera is fairly low resolution, 0.08MP, and needs to re-calibrate itself briefly every few minutes, during which time it does not operate.

“That’s not good enough for fully autonomous cars,” said Meiri. “Our camera is higher resolution (0.3MP) and can operate continuously at 60 frames per second.”

AdaSky has also developed its own computer vision to interpret the infrared video, which can identify pedestrians, cyclists, and animals a long way beyond the range of a car’s headlights.

AdaSky believes there is additional commercial advantage to having the only system working at higher resolutions.

If the company can succeed in making an affordable and reliable infrared camera, it’s likely to find favor with self-driving car makers.

“The knock on thermal IR systems has always been cost,” said Karl Iagnemma, CEO of nuTonomy.

“It’s only a complementary sensor, but could fill a nice role in a fully built-out sensor configuration.”

Tarek El-Gaaly, Senior Research Scientist at Voyage, agreed: “Infrared sensors provide some visual information, as well as the 2D shape of objects, and are very useful for nighttime where vision via optical cameras fail.”

“There is no one-sensor-does-it-all for autonomous vehicles, it really comes down to fusing multiple sensors together into a sensor suite to complement each other.”

AdaSky said its system is currently being evaluated by several car companies and suppliers.

Shopping Made Easy Through The Latest Invention From Google