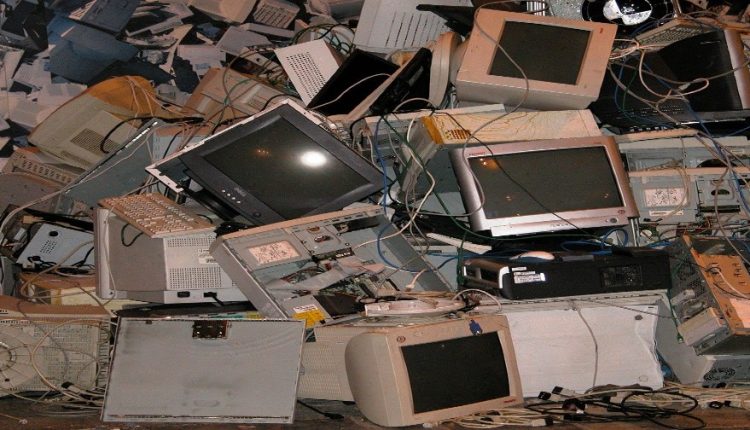 Electronic consumption drives much of our global economy but takes a toll at both ends: significant increases in precious metals mining in production and large quantities of electronic waste that are not being recycled or safely disposed of.

A record 53.6 million metric tonnes (Mt) of electronic waste was generated worldwide in 2019, up 21% in just five years, according to the UN’s Global E-waste Monitor 2020.

Only 17.4% of 2019’s e-waste was collected and recycled. This means that gold, silver, copper, platinum and other high-value, recoverable materials conservatively valued at US $57 billion — a sum greater than the Gross Domestic Product of most countries — were mostly dumped or burned rather than being collected for treatment and reuse.

For perspective, last year’s e-waste weighed substantially more than all the adults in Europe, or as much as 350 cruise ships the size of the Queen Mary 2, enough to form a line 125 km long.

E-waste is a health and environmental hazard, containing toxic additives or hazardous substances such as mercury, which damages the human brain and / or coordination system.

Other key findings from the Global E-waste Monitor 2020:

Since 2014 the e-waste categories increasing fastest in total weight terms: temperature exchange equipment (+7%), large equipment (+5%), lamps and small equipment (+4%). According to the report, this trend is driven by the growing consumption of those products in lower income countries, where those products improve the living standards. Small IT and telecommunication equipment have been growing more slowly, and screens and monitors have shown a slight decrease (-1%), explained largely by lighter flat panel displays replacing heavy CRT monitors and screens

Since 2014, the number of countries that have adopted a national e-waste policy, legislation or regulation in place has increased from 61 to 78. While a positive trend, this is far from the target set by the International Telecommunication Union which is to raise the percentage of countries with an e-waste legislation to 50%.

”The Global E-waste Monitor highlights the pressing issue of e-waste management in today’s digitally connected world in that the way we produce, consume, and dispose of electronic devices has become unsustainable. Monitoring e-waste streams will contribute to the achievement of the Sustainable Development Goals and tracking the implementation of the ITU Connect 2030 Agenda. The Monitor serves as a valuable resource for governments to improve their global e-waste recycling rate by developing the necessary/needed/required e-waste policies and legislation. ITU will continue to support the efforts made in this report towards the global response required in identifying solutions for e-waste,” said Doreen Bogdan-Martin, Director, Telecommunication Development Bureau, International Telecommunication Union (ITU).

Guarding Electromagnetic Interference with the Lightest Shielding Material in the World