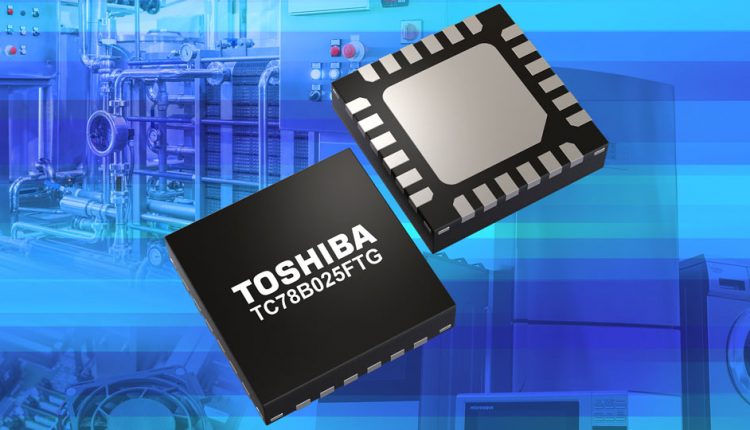 The cooling fans used in servers and other must be small and rotate at high speeds with uniform accuracy. Uniformity is best achieved by using a speed-feedback method to suppress fluctuations in rotation speed caused by changes in the power supply voltage and load. Until now, this has required the use of microcomputers, but Toshiba’s new solution achieves flexible rotation speed control without external microcomputers by incorporating a Non-Volatile Memory (NVM). This allows easy system configuration and supports motor speeds from hundreds to tens of thousands of Rotations Per Minute (RPM) especially as Toshiba’s Intelligent Phase Control (InPAC) motor drive technology realizes efficient driving across a wide rotation range without requiring adjustment.

The device operates from a power supply in the range 4.5 to 16V and provides a sine-wave drive with 150° commutation. Industry-leading low ON resistance of 0.2Ω (typ.) (total of high and low sides) reduces the IC’s self-heating during operation, thereby extending support to large current drives. Speed is controlled by a simple PWM signal or an analog voltage input. In built protections include thermal shutdown, over current protection and motor lock detection. The device is housed in a VQFN24 package measuring just 4x4x0.9mm.

In addition, the TC78B025FTG implements a 1-Hall drive system and current sense resistor-elimination system (Advanced Current Detection System – ACDS) to reduce the number of external components and contribute to space saving on PCBs.