Connecting forests to the internet. This was the purpose with which Treevia was born, as one of a new generation of startups that specialize in developing digital solutions for agribusiness, known as ‘agritechs’. Since its creation in 2016, the firm has been developing a remote forest monitoring system with the support of FAPESP’s Innovative Research in Small Business Program (PIPE).

Data such as tree diameter and height are typically collected manually using sampling techniques. According to Gasparoto, the workforce that performs this service in Brazil suffers from low technical qualifications and high turnover. The work is tiring, and accidents such as falls or attacks by venomous animals are not infrequent.

“A large company can have 150-160 workers just to do this monitoring once a year,” Gasparoto said. “In a eucalyptus plantation, where trees are felled every six years or so, for example, only five manual data collection operations are performed on average. If the work is automated, a single visit to the site is enough, just to install the equipment, and we can collect forest growth data every day.”

Gasparoto explains that the methodology developed by Treevia is based on the concept of the IoT, but in this case, he prefers to call it the ‘internet of trees’.

“The system uses wireless sensors that ‘embrace’ the tree like a belt,” he explained. “As the tree grows, the device expands, capturing the changes in diameter and transmitting the data to a web-based platform.”

In addition to data collected from trees, the system extracts data from satellite images. “It’s a perfect marriage. The system combines the terrestrial evidence collected by IoT sensors with satellite data to ensure complete end-to-end coverage of the forest, eliminating flaws due to the human factor,” Gasparoto said.

All these data are then analyzed using machine learning and big data techniques, allowing the generation of reports on which forest managers can base their decisions. 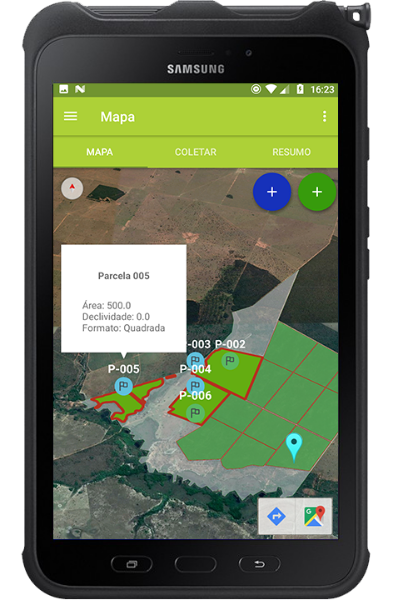 According to Gasparoto, the system entails benefits in all stages of the production cycle. In addition to a reduction in labor cost, the analyses generated by SmartForest enable managers to make more assertive and efficient decisions on forest management in a shorter timeframe.

“In the forest industry today, tree growth is monitored only once a year at the most,” he said. “If growth is less than expected, the ideal time to intervene in a forest, applying fertilizer, for example, may already have been missed. So, the forest will never again reach maximum productivity.”

Comparative analysis of same-age forest areas, he adds, shows that the system can identify a 23% difference between areas in terms of growth rate within a single month. With this information, the forest owner can intervene in management in pursuit of gains, to restore productivity or adjust economic return expectations, thereby avoiding future negative surprises.

For Gasparoto, the forest monitoring system developed by Treevia is innovative even on a global scale. “Work on design and studies for foundation of the company began in 2014, while my business partner Emily and I were doing part of our master’s research at the University of British Columbia in Canada,” he recalled.

“Canada is one of the most advanced countries and a benchmark in forest science. Nevertheless, we realized that the methods and procedures used to collect data in the field were the same as those used in Brazil. Practically nothing has changed in the last 200 years. This led to the realization that the technological deficiencies and hence the opportunity for innovation in this area of forest science were global.”

In 2015, the master’s students and future business partners returned from Canada to Brazil. They submitted the SmartForest project to PIPE without starting a business. In the same period, they won Banco Santander’s Entrepreneurship Prize, competing with more than 25,000 projects. “We won the award, and at the same time, we were selected for PIPE. So, we set up the firm,” Gasparoto said.

“The Santander prize gave us about R$100,000, which we used to maintain the firm’s fixed costs and operating expenses. We invested the PIPE funding [about R$200,000] in R&D and study grants.”

The firm was formally established in 2016. It was incubated at Nexus in the São José dos Campos Technology Park, São Paulo State, Brazil. In the same year, its founders participated in two training and development programs offered by FAPESP: the Second Training Program for High-Tech Entrepreneurs, as well as the Leaders in Innovation Fellowships (LIF), which were developed in partnership with the UK’s Royal Academy and Newton Fund. In 2017, the firm took part in the Creative Startups accelerator program offered by Samsung. Its PIPE Stage 2 project was approved shortly afterward.

Treevia has expanded and now operates out of its own offices, but it keeps in touch with its incubator. “We spent two years learning a huge amount in the incubator,” Gasparato said. “Nexus also played a key role in helping us achieve maturity. We’re still connected to the São José dos Campos Technology Park. And we’re part of the ‘Parahyba Valley’ startup and innovation ecosystem.”

Treevia’s project is awaiting accreditation by two of Brazil’s largest forestry companies, where proof-of-concept tests have had promising results. “For example, we validated the ideal pressure at which to fasten sensors to trees without damaging them over time, battery durability, sensor housing impermeability, data collection precision and resolution, etc. With preliminary results from only a few months, we succeeded in generating more information on the forest than traditional methods would have produced throughout the entire production cycle lasting approximately six years,” Gasparoto said.

Patient monitoring with a difference

Milestone for commercial space flight reached with the mesosphere

The Electric SUV – Which Direction Are We Heading?