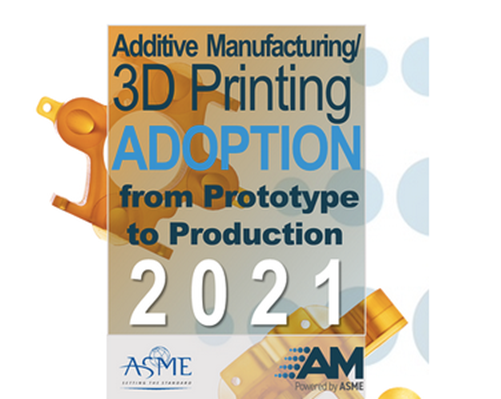 Carbon and the American Society of Mechanical Engineers (ASME) announced today survey findings that show 3D printing is now an increasingly integral technology in the development of plastic parts and products for production use.

The survey of practicing engineers involved in the design or development of plastic parts found that 88% now use 3D printing/additive manufacturing in some way. Previously best known for its use in creating prototypes, it is increasingly used for the production of finished parts. 40% of respondents said they now use additive manufacturing to produce products.

The report, “Additive Manufacturing/3D Printing Adoption from Prototype to Production,” shows that the technology’s adoption is based on three categories of attributes: its speed, flexibility in timing and design and cost-efficiency. In various ways, digitally-driven product development is making major inroads into industries and manufacturing processes long dominated by two older methods that are less flexible and tend to be more capital intensive: milling and injection molding.

Other key findings from the report include:

For the full report, which was commissioned by Carbon, and a deeper look into the state of additive manufacturing and 3D printing please visit: https://resources.asme.org/am3dp-polymer