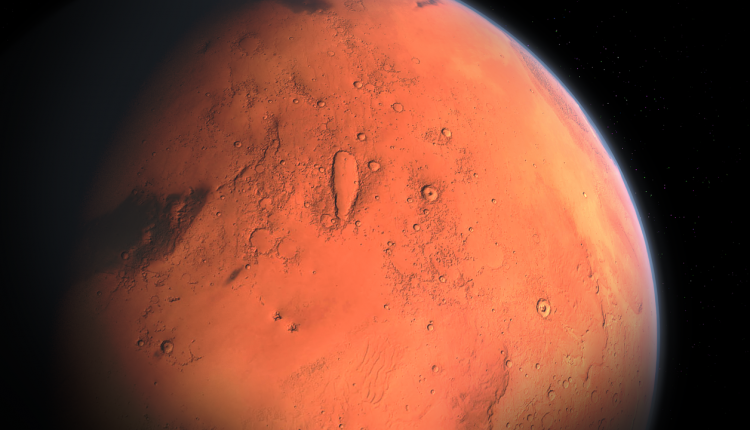 Engineers at the McKelvey School of Engineering at Washington University in St. Louis are coaxing oxygen and hydrogen directly out of briny water. The team invented an electrolyzer that can be useful on Earth to tap into oceans as viable oxygen and fuel sources. It can also do the same on Mars.

Engineers at the McKelvey School of Engineering at Washington University in St. Louis, led by Vijay Ramani, the Roma B., and Raymond H. Wittcoff Distinguished University Professor in the Department of Energy, Environmental & Chemical Engineering, validated the electrolysis system under both typical terrestrial conditions and in a simulated Martian atmosphere at -33°F (-36°C).

In order to live on Mars even briefly, astronauts will need to manufacture water and fuel. Water does exist on Mars, but it’s laden with salt. Extracting the salt from water to make it potable would have a high price tag on the red planet.

The Perseverance rover is toting instruments that will use high-temperature electrolysis, but the experiment will only produce oxygen from carbon dioxide in the air. The new system, in comparison, produces 25 times more oxygen using the same amount of power, and it produces hydrogen useful for the return trip home. It can also function without heating or purifying the salty water source. The technology may also have defense applications, such as creating oxygen on demand in submarines.

Results are recently published in the Proceedings of the National Academy of Sciences (PNAS).