Will Spherical Displays Bring Us Closer to VR Collaboration?

Virtual reality is a technology that is changing the way we interact with everything, but it can often make users feel isolated from the world, with only computer-generated characters for company.

Researchers at the University of British Columbia and University of Saskatchewan think they may have found a way to encourage a more sociable virtual reality.

The researchers have developed a ball-shaped VR display that supports up to two users at a time, using advanced calibration and graphics rendering techniques that produce a complete, distortion-free 3D image even when viewed from multiple angles.

Most spherical VR displays on the market are capable of showing a correct image only from a single viewpoint, says lead researcher Sidney Fels, an electrical and computer engineering professor at UBC.

“When you look at our globe, the 3D illusion is rich and correct from any angle,” said Fels. “This allows two users to use the display to do some sort of collaborative task or enjoy a multiplayer game while being in the same space. It’s one of the very first spherical VR systems with this capability.”

The system, which the researchers are calling Crystal, includes a 24-inch hollow ball-shaped display. The display surface was custom-made to specifications in Ottawa, while four high-speed projectors and one camera used for creating the images, calibration and touch sensing were purchased off-the-shelf.

The researchers are working on a four-person system and see many potential uses for their display in the future, including multiplayer virtual reality games, virtual surgery and VR-aided learning. However, they are focusing on teleconferencing applications and computer-aided design for now.

“Imagine a remote user joining a meeting of local users. At either location you can have a Crystal globe, which is great for seeing people’s heads and faces in 3D,” said Ian Stavness, a computer science professor at the University of Saskatchewan and a member of the research team. “Or you can have a team of industrial designers in a room, perfecting a design with the help of VR and motion tracking technology.”

While the technology is young, the researchers are forecasting a good future for it.

“We’re not saying that spherical VR will replace flat screens or headsets, but we think it can be a good option for VR activities where you still want to see and talk to other people–be it at home or in the office, for work or play,” concluded Fels. 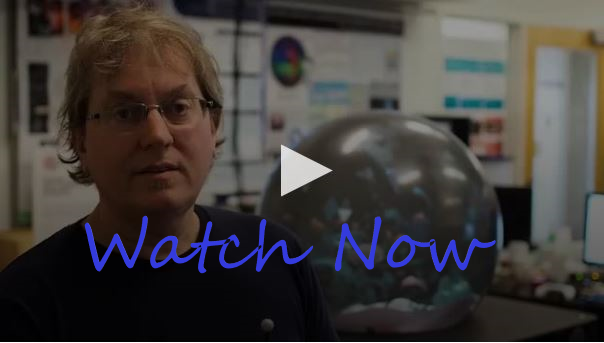 The Crucial Role of Testing in Automotive Ethernet…