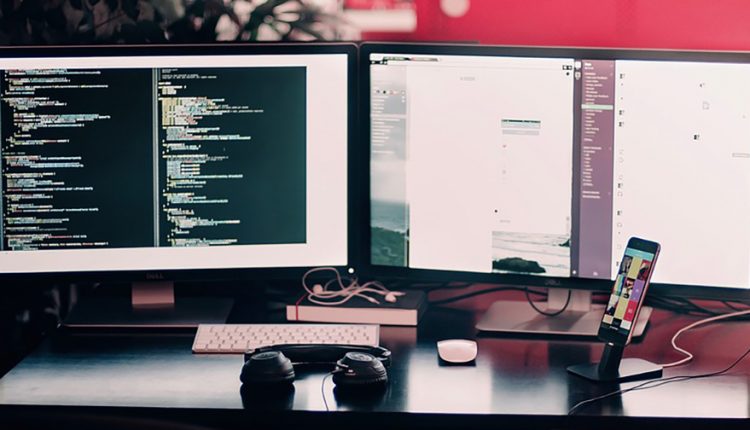 Quantum dots (QDs) are a commercial success for nanotechnology and are already used in display applications. Importantly, the QD technology and application landscape is rapidly evolving. Here, IDTechEx have discussed the multiple innovation and commercialization frontiers of this technology.

QDs in displays is not a new story. They are being used to widen the color gamut of LCDs, enabling such devices to compete with high-quality OLEDs in terms of performance, whilst largely retaining the cost structure character of LCDs. The use of QDs has created an interesting market dynamic especially in the large-sized, such as, TV, end of the market.

In this application, the main current method of QD implementation is QD enhancement film (QDEF). Here, the QDs embedded in a resin are coated and sandwiched by two barrier layers. This film is then inserted into the LCD stack.

Within this existing opportunity one sees many trends. First, the QD material composition has evolved from being Cd-based to Cd-free. This transition was driven by legislative requirements and is now nearly complete. It was enabled by improvements in the QY (quantum yield), FWHM (full width half maximum), stability and cost of InP based QDs.

Today, this transition involves a minimal QY penalty thanks to notable YoY improvements in InP QDs’ QY. However, this still imposes a FWHM penalty even though the InP based QDs are narrowing their FWHMs. Today, 35nm is demonstrated in commercial labs and 37-38nm is expected in production.

In parallel, the QDs are becoming more stable. This has relaxed the barrier requirements. Indeed, such requirements have already dropped from around 1E-3 to 1E-4 g/day/sqm to 1E-1 or 1E-2. This has reduced barrier cost and complexity, thus helping drive down overall implementation cost. The higher QYs also give higher brightness thus decreasing the QD content required per each sqm for a given lumen output level.

The suppliers are also experimenting with direct on-glass deposition to bring the value chain in house and to cut out the extra substrate from the solution. Finally, the lower overall costs are allowing QD LCDs to leave the premium priced bracket.

The QDEF is not the end game. It will grow in the short term but will likely go obsolete in the long term. The first stepping stone will be QD color filters (QDCF) both for LCD and OLED displays. In LCDs, the QDCFs replace traditional color filters. This gives wide color gamut benefits whilst also improving efficiency. Material and system level technical hurdles remain though.

At the material level, issues such as patterning, blue absorbance, air-stability, etc much be overcome. Today, many are working on ink formulate to enable inkjettable QDCFs for large area displays. Others are working to properly disperse a high QD wt% into photoresists to enable high resolution QDCFs. At the system level for LCDs, the polarizer will likely need to come in-cell whilst additional reflectors might be needed since QDCFs re-emit light in all directions including back into the device. The QD excitation by background light must also be supressed.

QDCF on OLEDs are also interesting especially after the recent news about Samsung. The basic idea is to enable the production of high-quality large-area displays. Here, blue OLED would be continuously deposited to provide the backlight. The QDCFs would be inkjet printed to provide red and green emission. This hybrid approach would overcome the scalability limitations of RGB OLEDs (made via FMM) and potentially the cost issues of many-layered WOLEDs.

However, efficiency would remain limited since blue OLED is still a fluorescent material with low EQE (external quantum efficiency). Lifetime and brightness will also be limited by the blue material. Indeed, to partially address the latter two issues, two blue stacks will likely be used to split the driving voltage. This technique is already used in WOLED. It is possible however that the next-generation of blue materials will become commercial in the time it will take hybrid QD-OLED to mature.

Interestingly, the process and material learnings from QDCF-OLED will not be lost since they will act as a stepping towards the long-term endgame of fully printed emissive QD displays (QLED).

On-chip QDs are also on the roadmap in displays. They would enable wide color gamut LCDs without needing additional QDEF or QDCF. The challenge remains in ensuring QDs survive the harsh heat and light flux stresses which they experience when sitting in close proximity to the LED source. Numerous strategies are being followed now with positive results. These include protective layers, right ligand choices, optimization of core-shell structure, etc.

The on-chip QDs are particularly interesting for lighting applications. This is because they enable improving the efficiency especially when using a narrow FWHM red downconverter. QDs thus allow obtaining high efficiency as well as high CRI (color rendering index). The challenge here too has been stability. Today there are commercial product announcements and there have recently been acquisitions of QD suppliers by major lighting manufacturers. IDTechEx believe these products incorporate Cd-based red QDs. As such, they suffer from all the toxicity issues associated with cadmium. The InP based are still not sufficiently stable even for mid-power LEDs, e.g., 20W/cm2.

In general, as the stability of QDs improve, more types and application sectors of LED lighting will open up to QD penetration. In the lighting sector QDs are also being explored for their ability to offer a customized spectrum. This could, for example, be used in horticultural lighting to allow matching the spectrum of the light sources with that of the plant’s photosynthesis.

The endgame for QDs in displays however is QLED. This would essentially be the ultimate display: emissive (thus 100% contrast), extremely wide color gamut, thin (thus flexible), and efficient. The route to QLED is still long though. The Cd-free QLEDs still exhibit very low EQEs even in the lab. Their levels are below Cd QDs and far below PhOLED (phosphorescent OLED).

More critically, the lifetime even at low brightness levels is on the scales of hours to tens of hours. The exact device architecture and optimized materials in the QLED stack are also not yet established. The processing is at a very early stage with only basic small samples having been demonstrated at tradeshows. The interest remains strong, however. Therefore, it is an area to closely watch.

Of course, QDs in displays do not exist in a competitive vacuum. There are many competitive technologies. The nanocell color filter utilized by a Korea display maker does offer wide color gamut. IDTechEx think this technology is based on a special material in the filter that eliminates the spectral overlap between different colored traditional color filters. The next-gen of OLED materials should also not be discounted.

The results, especially with hyper TADF (thermally active delayed fluorescence,) are promising because they offer narrow FWHM together with high EQE. They are still in development phase and large-scale production is not yet straightforward. Phosphors are also constantly improving. In particular, the KSF red phosphor already offers narrower FWHM than QDs. Rumours also circulate about a green narrow FWHM being close to market launch. To learn more about technology trends and options, please consult ‘Quantum Dot Materials and Technologies 2019-2029: Trends, Markets, Players’.

A strong point for QDs lies in high resolution IR, especially short-wave IR (SWIR) photosensors. Here, the right QD material, such as PbS, can be used. The QDs can be deposited on the CMOS ROIC. This deposition can be with dip casting, spin coating, or other methods. The sensing element can also be configured as a photoconductor or photodiode.

The early results are that QDs can exceed the detectivity (in Jones) of InGaAs systems. Their direct on-CMOS integration also might overtime the resolution limitations imposed by heterogenous integration (bonding) of GaAs-on- Si CMOS.

There is however still much work to do. The ligand exchange mechanisms need to be developed to enable closely-packaged and highly-conducting QD thin films. The film deposition techniques need to improve too to ensure uniform, highly-controlled and repeatable deposition. The patterning techniques as well as the best choice for other materials in the systems remain open questions. These include SWIR-transparent top electrode and HTL/ETL in a photodiode arrangement.

The issue of stability also needs to be addressed. The main QDs materials under consideration are lead-based, thus raising health and safety concerns. The lead-free alternatives do not yet work as well.

QDs can also be used in visible photodetectors. The advantage here is to enable high-resolution global shutter sensors. In general, the resolution of existing global shutter sensors is low. This is because each pixel requires a large capacitor to hold the charge until column ADCs (analogue-to-digital converters) reach out the data. This storage capacitor would not be needed if each pixel had its own ADCs. Such an arrangement, such as, an ADC per pixel, clearly would consume too much real estate and power (note there are some interesting product announcements that bond a back CMOS to accommodate a high number of ADCs but such configurations are not easy to implement). To accommodate both the capacitor as well as photosensing element per pixel, each pixel will need to be large, thus compromising resolution.

QDs can overcome this issue by separating the photosensor and read-out circuits. The photosensing element would be a QD layer cast atop the ROIC. The QD layer would be independently voltage controlled, allowing it to be opened or closed like a global shutter. This approach opens up more real estate for a larger storage capacitor with the silicon. Note that a large capacitor well translates to a large dynamic range because it can accommodate higher light intensity before saturating. Thus far, interesting prototypes enabling QD-CMOS global shutters have been demonstrated.

As before QDs do not exist in a competitive vacuum. Organic semiconductors (OSCs) can also be cast from solution atop the ROIC. They too could offer high-res global shutter image sensors. Given that OSCs represent a growing diverse family of materials, their exact absorption characteristics could also be varied. In general, however OCS would struggle to address SWIR or longer wavelengths.

A more detailed view can be found in ‘Quantum Dot Materials and Technologies 2019-2029: Trends, Markets, Players’.

Will Spherical Displays Bring Us Closer to VR Collaboration?