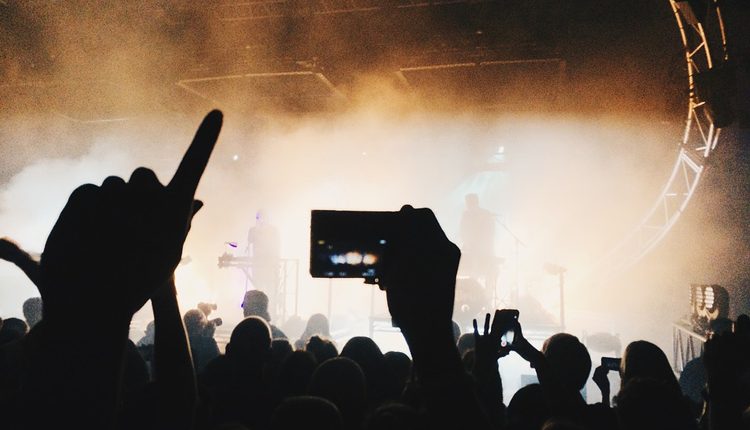 Could this case stop smartphones ruining your gig experiences?

It has happened to all of us. Your favorite artists announces tour dates, you get tickets, get excited, and then as the show starts you find yourself watching the majority of it through various smartphone screens. Try as you might, it’s almost impossible to ignore the sea of glowing rectangles.

Many performers have tried to prevent this smartphone crisis. At Kate Tempest’s recent concert, she demanded the audience to pay attention to her, rather than their phones. This resulted in audience members themselves policing the venue. Many people were tutting at those who ignored her instructions.

However, one San Francisco-based company, Yondr, has decided that there is only so far politely asking can get you. The company has developed a somewhat drastic solution to give artists, organizations and individuals the tools to create phone-free events and spaces. Its purpose is to show people how powerful a moment can be when we aren’t focused on documenting or broadcasting it’.

The concept is simple

The case enables phone signals to get through, so someone can feel their phone vibrate when they get a message. If they want access to their device, they must leave the room and have the case unlocked. This is a similar way to smokers’ leaving a venue mid-performance.

Before The Lumineers released their latest album, Cleopatra, in April 2016, they played a series of secret shows. The band decided to work with Yondr to prevent grainy video footage leaking online. Lead singer, Wesley Schultz, was impressed with the results. In an interview with NPR he said: “If you can set it up so that people can’t get to their phones as easily or are deterred, people actually really welcome that. It’s just such a strong force of habit in our lives right now.”

Yondr’s concept will not please everyone. For example some concert goers may want to take the occasional picture, or film their favorite song.

Schultz commented: “Even at one of the shows, a guy brought in a knife with him – just, he usually carries a knife, I guess – and he tried to stab through the case. And it’s got steel, I think, woven into it. So his knife got stuck in the thing, and then when he had to leave, he had the embarrassing deal of having to tell the people that he tried to open it, and they had to pry his knife loose.”

But perhaps this is what we need to stop bad mobile phone etiquette once and for good. Apart from the rare circumstances where recording a situation is essential, have you stopped to think about why you are filming? Our need to share everything we do is scary, to say the least.

Currently, in order to regain access of your device you must get a member of staff to unlock the case. However this is quite a time consuming process. In the future, Yondr and other companies could look to RFID or GPS technology to remotely disable a phone’s recording options.

In 2016, Apple won approval for a patent it filed in 2011 covering a technology to remotely block smartphones from taking pictures or videos. The patent describes a way to use infrared signals to send encoded data to smartphones via their cameras. The data could contain either instructions to the phone’s control circuitry to, say, disable the camera. Or it could contain additional information. Apple has yet to act on this patent, but it has resulted in internet users fearing a deliberate cut-out in certain situations.

The question ultimately boils down to who has the power to stop us recording our every move. Smartphones have become completely ubiquitous, it is now time for users to know when to stop.

Previously working and studying in Paris, Alice moved back to the UK to pursue a career in journalism. She can be found trying to connect live music with tech on a regular basis.

Embark on the quest to 3D print surrogate human tissue