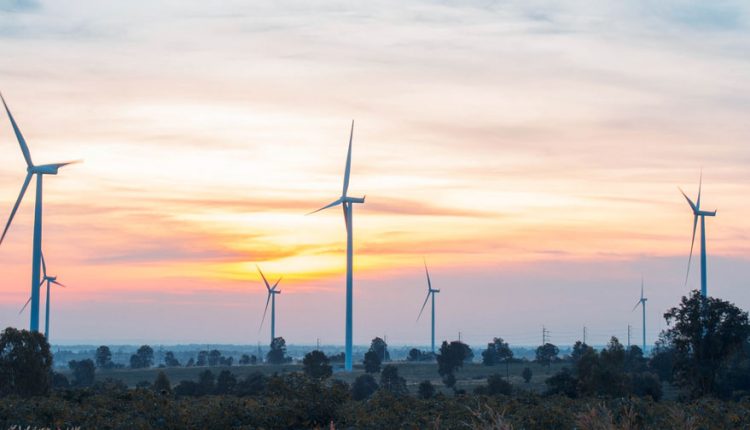 Energy sector revolution is being led by startups

How we distribute, store and generate energy is undergoing a massive disruption. Startups in the energy sector are leading the way into a new era of sustainable and renewable energy and storage, with a mission to target the parts of the world that lack access to it the most. At this year’s WIRED Energy conference, some of the sector’s most innovative early-stage companies pitched their ideas.

BuffaloGrid hubs aim to help connect the next billion people who currently have no access to power. Of those, 650 million have mobile phones. By bringing mobile and power to people who are off the grid, they’re making a push against the next digital divide. Through its hub – a large powerpack attached to a solar panel – those people can plug in their phones and recharge them. Co-founder Daniel Becerra launched BuffaloGrid in 2015 and the service now runs in 20 villages in India where shops use the hub to provide their customers with power.

“We provide our hubs for free to local entrepreneurs who sell services from the hub and receive a share of the revenue,” Becerra said. Where’s it going next? The aim is to cover more than half a million people in India in 2018.

Sandra Sassow sees waste as fuel. Her startup SEaB energy turns a neighbourhood or business into its own power plant with closed-loop systems known as the Flexibuster (for food waste) and the Muckbuster (for agricultural waste). The systems, which fit into a shipping container, generate electricity and heat that are sent to a microgrid to be shared between neighbours. One of their biggest clients is the NHS, which is using it to save money that can be allocated back to medical treatment says Sassow. And because all that waste is being turned into energy rather than transported to a dump, this year alone, 9,000 tonnes of waste has been processed leading to 54,000 tons of carbon being offset.

Peter Bance has a vision for his Cambridge-based company Origami Energy to create a real-time marketplace to distribute energy. “300 billion dollars a year is being invested in small energy things instead of big energy things, we want to utilise machine learning and big data to forecast demand and supply behaviour to better utilise energy flexibility across the whole system,” said Bance. The way he’s doing is this is through an online marketplace where a distributed network of energy generating, energy using and energy storing assets are connected to the electricity grid and monitored through an online marketplace, which means the supply and demand of electricity is matched more evenly in real time.

Co-founder of Bulb, Hayden Wood, calls renewable energy the third industrial revolution. “Now we no longer need to burn things to generate power,” he said. Since energy storage is expected to provide significant cost reductions to energy, Wood envisions the role of energy suppliers evolving into energy managers. Bulb supplies 100% green energy that’s cheaper than fossil fuels. With 150,000 members and growing those who have signed up are saving 285,000 tons of CO2 – or the equivalent of removing 200,000 cars from the road.

Enass Abo-Hamed is co-founder of H2GO Power, a company that develops hydrogen energy storage. She sees the future energy crisis not centring around energy generation but around energy storage. At the moment, storing electricity on-site for when it is needed, meaning far less frequent outages, is a costly undertaking. Abo-Hamed’s solution is to store hydrogen gas that can be burned in fuel cells by using nanomaterials to create a flexible sponge that traps hydrogen atoms in its pores. When the structure is heated, gas is released.

“We’re particularly interested in fasted growing markets in developing world such as Nigeria where 60%t of country isn’t connected to grid,” she said.

CEO of Kite Power Systems Simon Heyes has created one of the world’s first commercial kite-driven power stations, which he believes could be the magic solution to energy problems. His company has developed on and offshore wind-generation kites and his aim is to make them available without the need for government subsidies. The kites fly in a figure-of-eight pattern 450m in the air, pulling a tether that turns a turbine and produces electricity. Two kites working in tandem create a continuous energy source. “Kite can fly higher than wind turbine and therefore reach higher winds,” he said. They also don’t face the same logistics challenges of transportation because they can be folded up. He says the next big goal is to finish the development of a 500KW kite currently in development.

Graham Oakes is the founder and chief scientist of Upside Energy, a company that helps people make smart choices about their energy use by using AI to orchestrate the energy stored in their devices. At peak times, the electricity grid runs dangerously short of capacity and turns on old, dirty, expensive power stations to meet the demand. Oaks has developed a cloud services that aggregates energy stored in systems already owned by people and businesses to create a virtual energy store. They use this to sell back to the grid to help balance supply and demand. “We’re starting at the bottom where the demand is,” said Oakes. “We’re making better use of the infrastructure already there and letting intelligent devices map energy supply. So instead of predict and control, its monitor and respond.”

Oxford Photovoltaics claims it can boost the efficiency of commercial silicon solar panels by almost a third for just £1 a meter. Frank P Averdung, CEO, said to do this all that needs to be done is apply a thin film of a crystalline structure called perovskite. The best available silicon panels are about 22% efficient but Oxford PV combines them with the perovskite, which they have worked to increase the standalone efficiency of perovskite from four percent to 20%. This is the fastest ever efficiency increase in solar technology since photovoltaic properties were tested for the first time in 2009. Eventually, the company wants to get rid of solar panels completely.

Embodied Intelligence to bring robotic automation to the consumer