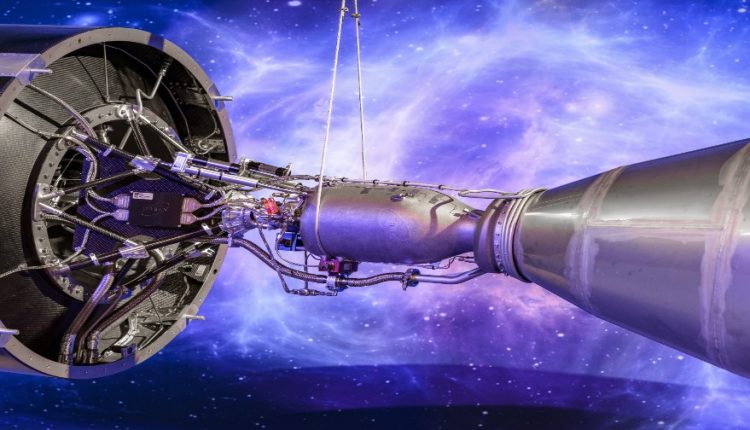 Orbex publicly unveiled its Prime rocket for the first time at the opening of its new headquarters and rocket design facility in Forres in the Scottish Highlands. The rocket was designed to deliver small satellites into Earth’s orbit. The completed engineering prototype of the Stage 2 rocket (the stage that will transit into orbital flight after launch) is made from specially-formulated lightweight carbon fiber and aluminum composite and includes the world’s largest 3D printed rocket engine.

Orbex Prime is a completely re-thought and re-engineered two-stage rocket, designed by Orbex aerospace engineers with professional experience from organizations including NASA, ESA and Ariane, as well as other commercial spaceflight companies. Thanks to its novel architecture, Prime launchers are up to 30% lighter and 20% more efficient than any other vehicle in the small launcher category, packing more power per cubic liter than many heavy launchers.

About the Rocket Engine

The 3D-printed rocket engine was uniquely manufactured in a single piece without joins in partnership with additive manufacturer SLM Solutions. Given the extreme temperature and pressure fluctuations involved in space flight, this gives the engine an advantage over other rocket engines, which can suffer from weaknesses associated with joining and welding. It is also the first commercial rocket engine designed to work with bio-propane, a clean-burning, a renewable fuel source that cuts carbon emissions by 90% compared to fossil hydrocarbon fuels, supplied by Orbex’s new exclusive BioLPG fuel partner Calor.

In order to construct such a massive rocket engine using a 3D printer, the company relied on an SLM Solutions large-format additive manufacturing system. The SLM®800 features a 280 x 500-mm powder bed that can build parts 850-mm tall, allowing the Prime engine to be built in a special nickel alloy in a single piece. The SLM®HUB unpacking system for the SLM®800 integrates contactless powder handling and automated build chamber conveyors to transfer the finished part to an unpacking station designed to remove powder through vibration and rotation.

A powder-removal strategy was incorporated into the build with purpose-driven delivery channels to be certain as much powder was removed as possible while reducing material loss. The SLM process allowed for speedy production times so Orbex was able to save money and time –  specifically 90% in turnaround time and over 50% in costs compared to traditional CNC machining production.

“Orbex’s new rocket design facility brings Britain one step closer to having its own domestic commercial launch capability and firmly positions the UK as Europe’s frontrunner for those looking to Earth’s orbit and beyond for new opportunities. The new facility and future spaceport operations will help unlock vast economic and societal benefits not just in Scotland but right across the UK,” Graham Turnock, Chief Executive, UK Space Agency.

Sensor that can hear your brain whisper

Find Love Using Your DNA? Yes, There’s an App For That