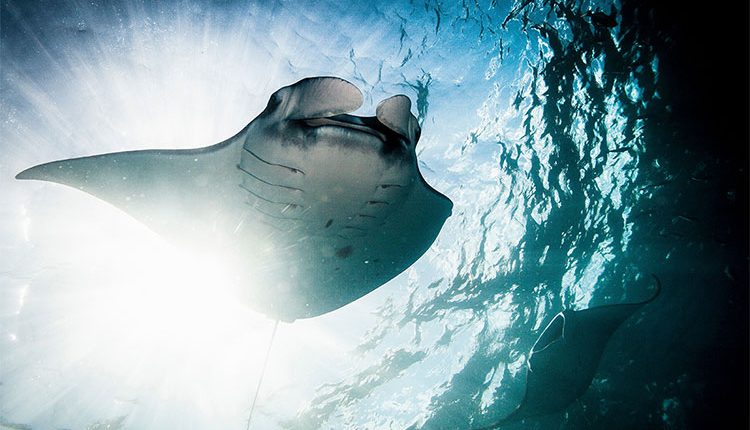 A soft-bodied robot that is able to swim twice as fast as others of its kind has been created by a team of researchers at Zhejiang University in China.

In the paper published in Science Advances, the team describes how they came up with the way the robot is powered, how well it works, and likely applications for it.

Scientists have concluded over the past few years that the best way to propel a robot underwater is to emulate nature- that means soft bodies, fins and soft parts. To make such robots, engineers have used bendy materials for the body but have found it difficult to create a power source that is bendable as well. In this new effort, the researchers got around that problem by eliminating the need for a motor and using the water in which the artificial fish swims as the ground electrode. 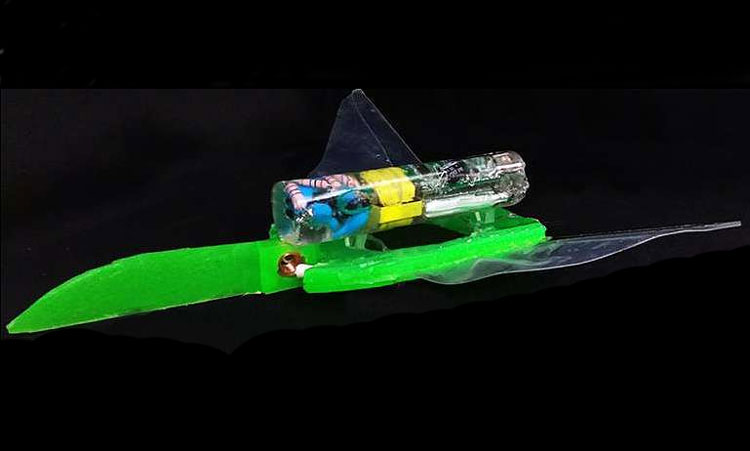 The team made the body out of soft silicone with a pocket for a battery, a small amount of electronics for wireless control and an electrode that runs into the fins. Components are made of a type of hydrogel that reacts to a small electrical current – turning a charge from the battery on and off causes the hydrogel to contract and ease like muscles, which results in flapping, pushing the robot through the water.

They also added a tail that is moved using an electromagnet. The result is a 9.3cm robot that looks similar to a manta-ray – one that can swim 3cm/s for approximately three hours on a single charge, which is twice as fast as any other robot of its kind. It can also operate via tether for unlimited power and faster swimming, handle hot and cold water, and is strong enough to carry a small video camera.

The researchers suggest future generations of their robot could be used as water monitors in lakes, streams or the ocean. It could also be used to look for survivors of plane crashes or boat accidents or by the military as a spy drone – the entire robot can be made transparent except for the battery, receiver and electrode.

I can see the light at the end of the wardrobe