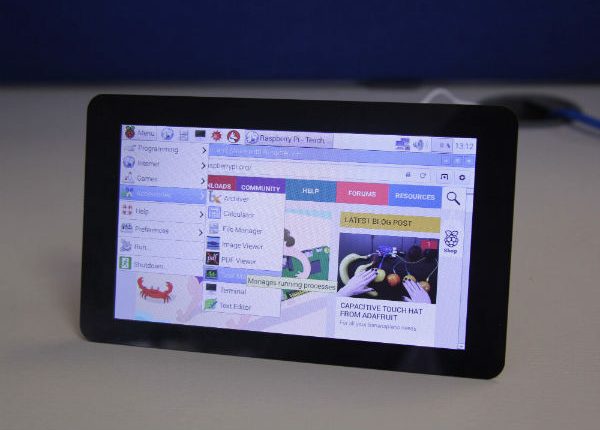 Over the past few years, the Raspberry Pi mini-computer has won the hearts of engineers, hobbyists, and DIY-ers. Now, the much anticipated Raspberry Pi touch display is available for purchase for $60 (plus tax and shipping costs).

The first displays are supplied as a kit which requires some initial construction. Raspberry Pi Foundation provides a helpful tutorial by Alex Eames from RasPi.TV showing users how to build it.

The 7″ Raspberry Pi Touchscreen Monitor offers users the option to create projects like tablets, infotainment systems, and embedded projects. It includes an 800 x 480 display that connects via an adapter board which handles power and signal conversion.

The monitor doesn’t require the use of any keyboard and mouse, either. Instead software drivers will support a virtual ‘on screen’ keyboard like traditional tablets.

The addition to the Raspberry Pi family will allow users the opportunity to create IoT devices by connecting their Raspberry Pi and developing a Python script to interact with the display for home automation devices.