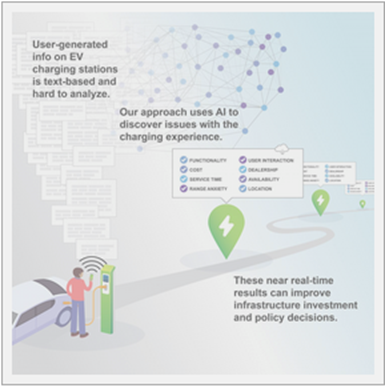 Although electric vehicles are attracting many, there is a lack of confidence in charging services that deter others from jumping on that bandwagon. Charging station reliability is difficult as it’s a challenge to aggregate data from independent station operators. Researchers reporting in the journal Patterns developed AI that analyzes user reviews of the stations, allowing for the identification of insufficient or out-of-service stations.

Electric vehicle drivers are forming communities on charge station locator apps and leaving reviews. The researchers sought to analyze these reviews to better understand the problems.

With the aid of AI, researchers were able to predict whether a specific station was functional on a particular day, as well as where areas are underserved. These communities are mostly located in states in the West and Midwest, such as Oregon, Utah, South Dakota, and Nebraska, along with Hawaii.

The algorithm is trained on electric vehicle transportation lingo with reviews from 12,720 US charging stations to classify reviews into eight different categories: functionality, availability, cost, location, dealership, user interaction, service time, and range anxiety. The AI achieved a 91% accuracy and high learning efficiency in parsing the reviews in minutes.