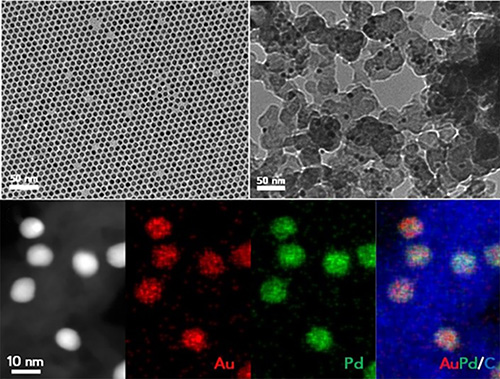 Bulletproof vests and other forms of body armor are currently made from a product commercially known as Zylon. It’s a material called polybenzoxazole or PBO and is traditionally made by using polyphosphoric acid (PPA) as both a catalyst for necessary chemical reactions and as a solvent. A strong, highly corrosive acid, PPA has been pinpointed as the source of PBO degradation. Molecules of the acid become lodged in the polymer chain, leaving the fibers susceptible to degradation when exposed to light and moisture over time. That degradation has led to the recall of PBO-based body armor in the past.

Now a team of researchers has found a new way to produce PBO and it’s possible the new approach could be useful in making PBO products that resist degradation.

“We show that using a nanoparticle catalyst, we can produce PBO in more environmentally friendly conditions and without using a chemical that’s known to cause these materials to degrade unexpectedly,” said Shouheng Sun, a professor of chemistry at Brown University and co-author of a new paper describing the research. “We think this could be a path toward making more robust PBO materials.”

Sun’s lab at Brown has been working extensively with composite nanoparticle catalysts capable of performing the new reactions required to make PBO, and they do so without using PPA. Catalyzing the reactions with nanoparticles would also require less energy and can be performed using renewable formic acid as a hydrogen source. All of that makes the production process greener.

Up to now, however, composite nanoparticle catalysts have largely been used to make only small organic molecules. Whether a composite catalyst, which in this case is made from particles of gold and palladium alloys, could be used to catalyze the controlled growth of polymer chains was previously unknown.

“The key question we were trying to answer is if we can control the reactions so that we get good control on the degree of polymerization,” Sun said. “We ultimately showed that we could do that by tuning the composition and size of the alloy nanoparticles in our catalyst.”

An alloy composition of close to 40% gold and 60% palladium was shown to be optimal for controlling the rate of reactions needed to make PBO. Particles around 8-nanometers in size produced a reaction speed that maximized the molecular weight of the PBO polymers.

To find out if the PBO was indeed resistant to degradation, the team worked with researchers in Brown’s School of Engineering to perform mechanical testing. Those tests showed that the PBO polymers made with the nanoparticle catalyst were more resistant to degradation than commercially available Zylon—even after being boiled in water and acid for days.

The researchers say that future work will focus on generating PBO polymers with higher molecular weights. The polymers generated for this study were significantly lighter than those of the commercial-grade product, which limits their initial mechanical strength. Still, the researchers say, the work is a strong proof-of-concept for the idea that composite nanoparticles can produce degradation-resistant PBO.

Collisions Inevitable but Consequences Can be Minimized

LiFi and 5G: Stronger Together