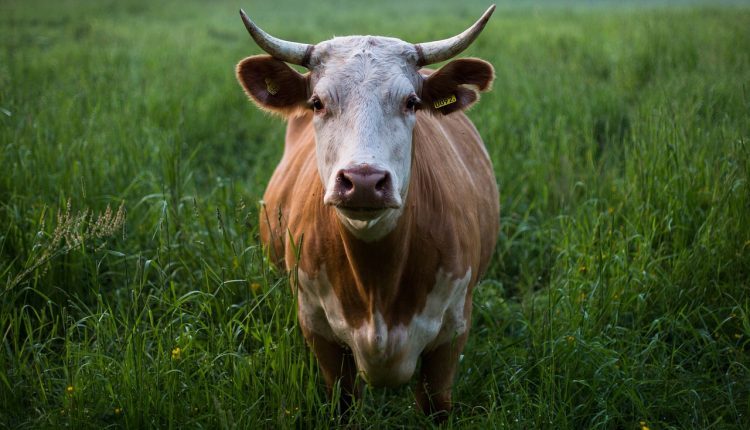 Did you know that cow flatulence and burps are a huge source of pollution? It’s actually the second largest source of methane production in the United States.

According to the Environmental Defense Fund, “If methane leaks into the air before being used – from a leaky pipe, for instance – it absorbs the sun’s heat, warming the atmosphere. For this reason, it’s considered a greenhouse gas, like carbon dioxide.”

The problem with cow gas is that it’s difficult to measure and scientists have been working at monitoring this gas for some time. Now researchers at the USDA-ARS Conservation and Production Research Lab in Texas are working on ways to monitor just how much methane cows produce. They’ve been testing different methods such as cow “breathalyzers” to figure out how much methane is being released from free-range cattle in Oklahoma.

One of the methods the researchers implemented to assist was GreenFeed, a turn-key system designed to measure gas fluxes of methane, Carbon Dioxide, and optionally, Oxygen, Hydrogen, and Hydrogen Sulfide from individual animals. Using the high-tech tool, it is also possible to aggregate emissions data from individual animals and determine herd averages. The system is typically configured to offer a small amount of pelletized bait attractant to entice the animals to visit multiple times per day. The gas emissions data is logged then automatically processed allowing the user to easily access a summarized report of calculated fluxes.

In essence, it’s a “breathalyzer for cows.”

While we always say that flatulence is the main source of methane emissions in cows, the researchers wanted to smash that misconception. In reality, most of the methane is emitted during cow burps.

The breathalyzer was not enough to gather accurate data, so the team needed to implement mathematic models that took into consideration food consumption and other factors. They even used lasers to track emissions from a herd.

When they combined all of their methods they discovered that “each cow grazing the area of native Oklahoma prairie produces around a half-pound of methane per day. The numbers changed slightly with the seasons, probably due to changes in the cows’ diets, according to the researchers,” according to a blog post published on the American Geophysical Union website.

Food type and amount of food consumption were two crucial factors in how much methane resulted.

Their research could potentially help create better models of the effects of cattle and greenhouse gas emissions.

Sensors Everywhere: But What’s Next