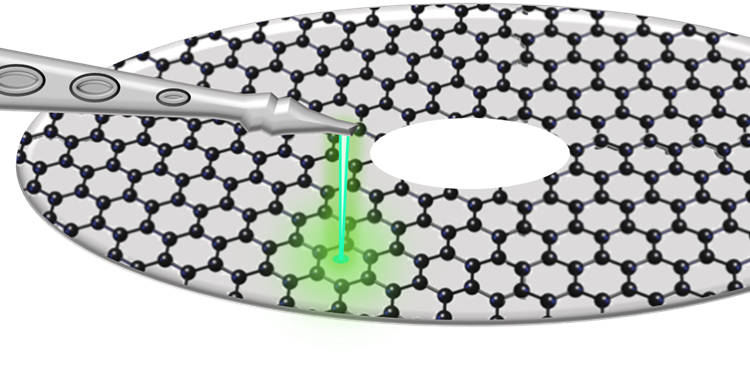 Researchers at Graphene Flagship Partners and Associate Members have demonstrated that graphene can be used to produce ultrahigh density hard disk drives (HDD). This can lead to the development of ultrahigh density magnetic data storage, which is a big jump from the current one terabit per square inch (Tb/in2) to ten terabits over the same area.

HDDs first appeared in the 1950s, but their use as storage devices in personal computers only took off from the mid-1980s. Since then, they have become ever smaller in size and denser in terms of the number of stored bytes. While solid state drives are popular for mobile devices, HDDs continue to be used to store files in desktop computers, largely due to their favourable cost to produce and purchase.

HDDs contain two major components — platters and a head. Data is written on the platters using a magnetic head, which moves rapidly above the platters as they spin. The space between head and platter is continually decreasing to enable higher densities. Currently, carbon-based overcoats (COCs) — layers used to protect the platters from mechanical damages and corrosion — occupy a significant part of this spacing.

The data density of HDDs has quadrupled since 1990, and the overcoats’ thickness was reduced from 12.5nm to about 3nm, which corresponds to one Tb/in2. However, a COCs’ thickness of less than one nm would be required to make a significant improvement in data storage and reach a density of 10 Tb/in2.

Since the current COCs lose most of their appealing properties under 2nm, Graphene Flagship researchers replaced them with one to four layers of graphene, and tested friction, wear, corrosion, thermal stability and lubricant compatibility.

The researchers verified that graphene enables two-fold reduction in friction and provides better corrosion and wear than COCs. A single graphene layer reduces corrosion by 2.5 times, and multilayer graphene showed excellent performance with a decrease of wear rate by three orders of magnitude.

One to four layers of graphene were grown via chemical vapour deposition (CVD) and transferred on Co-alloy hard disk substrates as those used in current HDD technology. The Graphene Flagship researchers also transferred graphene on hard disks made of iron-platinum (FePt) as magnetic recording layer. This tests heat-assisted magnetic recording (HAMR), a new magnetic storage technology that enables a much higher storage density than currently available, by heating up the recording layer to high temperatures.

Current COCs do not survive HAMR’s high temperatures, but stability tests confirmed that graphene can withstand HAMR-like conditions, without degradation. Thus, graphene-based overcoats used in combination with innovative technologies, such as HAMR and bit patterned magnetic recording (BPM), and are expected to outperform current HDDs providing an unprecedented data density of 10 Tb/in2 or more.

“Demonstrating that graphene can serve as protective coating for conventional hard disk drives and that it is able to withstand HAMR conditions is a very important result,” said Anna Ott, author from the Cambridge Graphene Centre. “This will further push the development of novel high areal density hard disk drives.”

“A jump in HDDs’ data density by a factor of ten and a significant reduction in wear rate are critical to achieve more sustainable and durable magnetic data recording,” added Mar García-Hernández, Graphene Flagship Leader for Enabling Materials. “Graphene based technological developments are progressing along the right track towards a more sustainable world.”