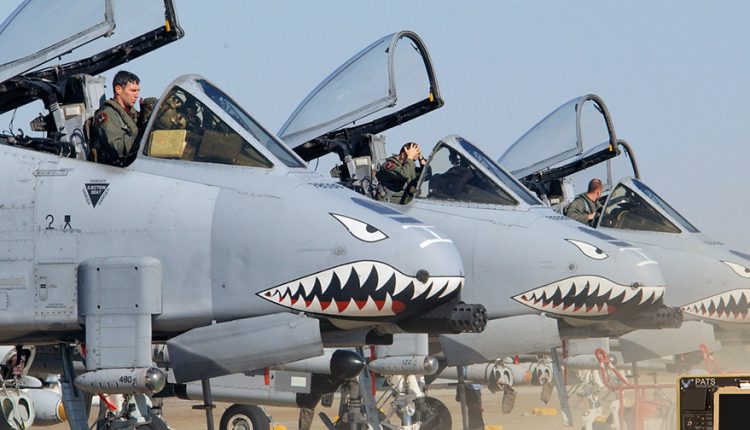 Marvin Test Solutions has announced that it has completed deliveries, three months ahead of schedule, in support of the US Air Force PATS-70A Program. MTS supplies core functionality including the rugged flightline enclosure, chassis, power control, temperature regulation, switching and test instrumentation.

MTS’ solution leverages the MTS-207 Rugged Field Test Set, an ultra-rugged, commercial off-the-shelf (COTS) PXI platform for field and flightline applications, as the basis for the PATS-70 and PATS-70A programs.

Used for O-Level and I-Level maintenance of A-10/C aircraft, this test set replaces over a dozen pieces of obsolete and irrepairable support equipment by automating and consolidating multiple test capabilities into one mission-ready test set. Originally designed for only flightline avionics test, the PATS-70A incorporates armament test capabilities extending its functionality to the backshop.

“We are pleased to have delivered the underpinnings of the PATS-70A that will support the A-10/C aircraft to Hill AFB three months ahead of schedule and within budget,” said Major General Stephen T. Sargeant, USAF (Ret.), CEO of Marvin Test Solutions. “The US Air Force’s Ogden Air Logistics Complex at Hill AFB developed the PATS-70A based on Marvin Test Solutions’ MTS-207 ultra-rugged chassis and multiple test instruments, providing A-10/C maintainers a better way to test their systems.”

The US Air Force, Ogden Air Logistics Complex at Hill AFB, Utah initially partnered with Marvin Test Solutions in 2014 to accelerate the production of the PATS-70 test set based on the flightline-proven MTS-207 Rugged Field Test Set, replacing the obsolete PATS-30. The PATS-70A program enhances the capabilities of the PATS-70 test set by adding additional armament test support.

The MTS-207 is a state-of-the-art portable PXI platform for flightline and field testing as well as data acquisition. Its proven architecture is deployed worldwide on multiple programs including the MTS-206 Maverick Field Test Set, the MTS-235 F-35 Alternate Mission Equipment Test Set, the MTS-209 Common Armament Test Set, and the AN/TSM-205B Hellfire System Test Set to name a few.

It combines the capabilities of the versatile and powerful PXI architecture in a compact, ultra-rugged, flightline qualified enclosure. The MTS-207 is ideal for test and data acquisition applications requiring operation under harsh environmental conditions including flightline, backshop, or airborne applications.