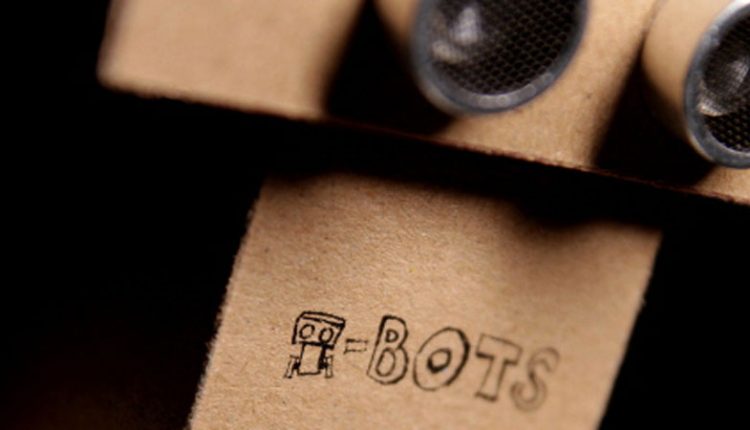 KLiK Robotics launched a campaign on Kickstarter in October, with the aim of raising £100,000 in pledges. Based in Oxfordshire, this start up created a robotic source of inspiration for students and makers alike for the STEAM community with their product T- BOTS.

T- BOTS is essentially a DIY robot kit – with a twist.

Build your own two-wheeled balancing robot – and compete with others in a robot-face-off.

The product enables students to learn both technical and engineering skills.

Users can invent games, learn to program with the Arduino development platform or Scratch (S4A), design T- BOTS skins and learn advanced control theory – while they also get an understanding of the physics of balance and dynamic stabilization.

The creators of T-BOTS tested out many games when designing the balancing robots, but one in particular hooked them from start to finish – Battle Play.

There is no real skill when it comes to controlling the T- BOTS, bringing an element of excitement and unpredictability.

The rules are simple; make contact at least once with your opponent and knock them over, all the while keeping your own T-bot upright.

I think the T- BOTS are a great little product, but I made a few mistakes with the Kickstarter campaign – Dr. Gareth Nisbet.

KLiK utilize C/C++ language to write the software for their robots, which, according to engineering, technology and science magazine, IEEE Spectrum, is also the most wanted computer language by recruiting companies.

The software is free to download, to enable users to modify it and even re-write – to build an open source community.

The T- BOTS motor controls its balance, calculated by accelerometers and gyroscopes measuring the tilt.

Beyond robot battles, there is scope for T- BOTS users to go further and write algorithms to create smart robots.

The eyes of the T- BOTS have ultrasound distance-measuring modules, which unlocks the possibility for the robot to interact with other robots and with its environment.

This is all controlled with the user’s smartphone or PC via the Bluetooth module.

Unfortunately, KLiK’s campaign failed in November 2017. We spoke with the founder, Dr. Gareth Nisbet, to gain some insight as to why he felt that the campaign was unsuccessful.

“The first mistake was timing. Launching a campaign before Christmas with a delivery date of April was probably not the best idea. The second mistake was to set the target too high. It has certainly been an interesting process and a useful learning exercise,” Dr. Nisbet explained.

“I will probably re-launch the campaign in February with the added benefit of experience. I am exploring other funding opportunities in parallel, so hopefully we will get the T- BOTS out there one way or another.”