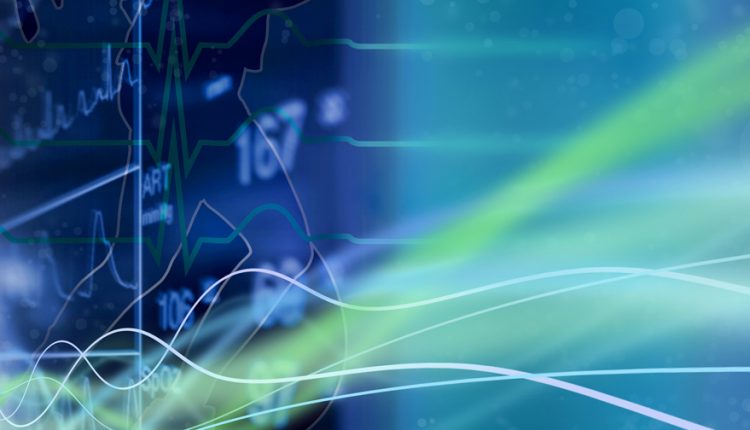 The cause and solution to all our health problems

Healthcare sensors in a connected world

Sensors are everywhere in the 21st Century, and the healthcare sector in awash with sensor-driven technology. The fact is, these innovations are enabling people to live longer. However, as our population increases, as does healthcare expenditure.

In the UK alone, there was £185bn spent on healthcare in 2015. Before that it was £179bn in 2014 and £171bn in 2013. The numbers are constantly rising, and the simple fact is that the population is estimated to grow continuously in the next couple of decades as our life expectancy also rises – it has increased nearly ten years since 1960.

The cause and solution for these problems is technology, which allows doctors to now catch diseases that we didn’t even know existed before – making us live longer (of course a good thing, but a factor which also places added strain on the healthcare industry).

The question is how can we continue to live longer without increasing our burden on the system? Ciarán Walsh, Field Sales Engineer at Analog Devices, took a closer look at the latest methods of Vital Sign Measurement (VSM) that is saving time and money in the industry.

Healthcare can make a difference

The NHS deals with one million patients every 36 hours, a staggering figure, so the use of technology could improve the efficiency of that process and lightened the load of already overworked nurses and doctors.

Vital signs – why measure them?

Vital signs are measured to observe the condition of a person. When you are first admitted to hospital, the standard parameters of measurement include:

Doctors and nurses are trying to make people aware of what their vital signs are and why they’re important. It is safe to say that wearables are a huge part of the technology industry, and people are becoming more obsessed with fitness wearables that can track their heart rate etc.

Advances in technology have enabled a greater number of vital signs to be measured in a more convenient way, and in some instances, by the patients themselves.

Walsh commented: “So, what and where can we measure on the body? A pulse oximeter is placed on the fingertip to measure any vital signs, particularly heart rate and Sp02 (oxygen saturation).

Nowadays, we’re seeing a lot of vital signs being measured on the wrist which isn’t actually an ideal location. You aren’t able to get a great reading from the arteries that flow through the wrist, but the main advantage of measurement on the wrist is the usability. People are so used to wearing watches, so it’s relatively easy to get used to a wearable in the same place.

“An interesting part of the body that is great for measuring vital signs are the ears. You have a lot of blood flowing through the earlobes and from that you can extract heart rate and Sp02. You can actually get a temperature reading from the ear that you can’t get from the rest of the body.

“An oldie but a goldie, is the chest strap which most people will be familiar with, and patch technology. Although the fingertip, wrist and ear have many advantages, they also come with disadvantages i.e. wearables worn in these locations will not be worn continuously. However, with a patch strap somebody could wear it for a week, or a month.” In fact Walsh predicted that patch technology will be an upcoming trend in technology in the coming years.

In terms of the types of sensing there are a number of technologies available when it comes to vital sign measurement.

If you are a Fitbit user then you will be more than familiar with optical sensor technology, which is based on LED technology and photodiodes. You can simply take an LED and flash it into the skin, then the photodiode reads the light that is reflected back.

Photoplethysmography (PPG) is a method based on the measurement of changes in pressure and volume using a light source and sensor, used for quantifying parameters related with the respiratory and cardiovascular systems.

For anyone with respiratory problems, it’s very important for them to be able to monitor what their heart rate is. With the help of hemoglobin, doctors are able to read the oxygen level and percentage. A photodiode measures that light and whatever is reflected back tells you how oxygenated the blood is.

Sp02 goes up or down according to how well a person is breathing, the lung function and how well the blood is being pushed around the body.

Challenges while designing an optical system

What drawbacks could you face if you’re an engineer looking to develop an optical system? If you’re thinking about developing something for the wrist, you need to consider the interference of ambient light.

Walsh added: “There will be ambient light that reflects back, so you have to account for that. You could possibly account for that in your algorithms or in the manufacturing in the photodiode.”

The artefacts of motion is another challenge you may stumble across. Again, if it’s on your wrist there is going to be a lot of motion that can be addressed in the algorithm development. For all fitness trackers, they already have the accelerometer that measures motion so they use that when in the development stage.

Another important aspect which is often missed is the physiology of the human body. Depending whether you have light or dark skin, this will influence how easy it is to measure your photodiode. It is very important to address this when you’re designing your optical system.

Biopotential is the electrical potential across living tissues. A lot of biopotential systems will measure electrical activity, and the two main factors that are important to measure are heart rate and electrocardiography (ECG).

It’s a lot easier for heart rate than it is for ECG – the advantage of optical systems over biopotential systems is that it’s very difficult to measure the heart rate and impossible to measure the ECG by just using one location as you need two on the body.

The drawback to biopotential is that it needs to be measured across the heart when developing a biopotential system and ECG needs a third electrode somewhere.

Bioimpedance is the impedance of the electrical current that runs through the body. You can measure stress, cognitive health and epilepsy through electrodermal activity.

Hydration is the impedance measurement which can be a mix of both electrodermal activity and body impedance.

For temperature measurement you need to consider your environment and where you’re going to measure from. Depending on whether you’re in warm or cold surroundings, if you’re measuring from a sensor that would go on the wrist there could be a big difference depending on the temperature.

Whereas, from the ear you will get a much more consistent and reliable reading. You’ll still have to compensate in your algorithm but you’ll have a much better idea from that point of view.