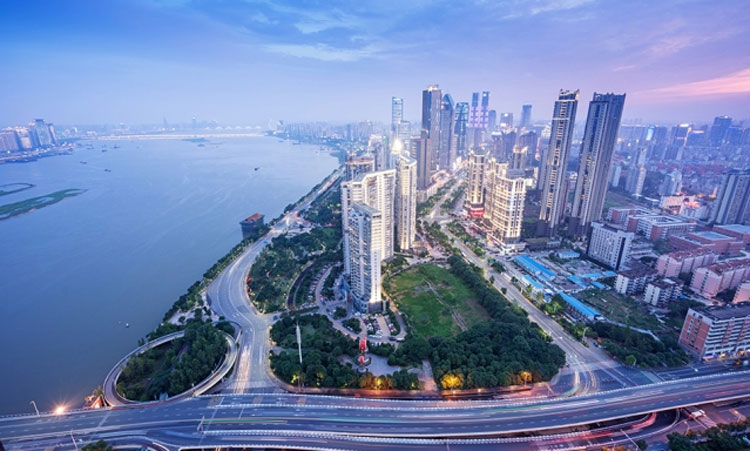 Reshaping the urban areas where they are located, China’s massive investment in industrial parks has paid economic dividends, according to a newly published study co-authored by an MIT expert on urban economics.

The study finds the creation of industrial parks does not just add to growth within the areas designated for manufacturing; it significantly increases economic production and consumption of many kinds for more than a mile in all directions from the boundaries of industrial parks.

Indeed, as the research shows, productivity, wages, employment, home sales, and retail activities all increased, even beyond the boundaries of the planned industrial parks. This carryover was striking enough that the study’s researchers say the industrial parks created ‘edge cities’, places that generate their own hubs of diverse economic activity and residential life.

“This kind of place-based policy can produce significant gains,” said Siqi Zheng, an associate professor in MIT’s Department of Urban Studies and Planning (DUSP) and Center for Real Estate (CRE), and co-author of a new paper detailing the findings.

The results speak to questions about the value of place-based industrial policy, while also providing valuable new data about economic spillover effects — the extent to which the presence of industries creates additional economic activity.

Indeed, as the new paper stated, the typical industrial park ‘creates a spatially concentrated increase in local market potential as well-paid workers who seek nearby housing and retail opportunities.’ For this reason, the researchers conclude, ‘The new parks lead to sharp improvements in worker quality of life.’ Notably, the presence of significant new home construction around these ‘edge cities’ reduces commute times, among other benefits.

The paper, ‘The birth of edge cities in China: Measuring the effects of industrial parks policy’, appears in the Journal of Urban Economics. The authors are Zheng, who is the Samuel Tak Lee Associate Professor of Real Estate Development and Entrepreneurship in DUSP; Weizeng Sun of the Institute for Economic and Social Research at Jinan University in China; Jianfeng Wu of the School of Economics and China Center for Economic Studies at Fudan University in China; and Matthew E. Kahn, a professor of economics at the University of Southern California.

The study examines the effects of 110 industrial parks near eight cities in China: Beijing, Shanghai, Shenzhen, Tianjin, Dalian, Wuhan, Xi’an, and Chengdu. That encompasses almost 10% of all industrial parks in the country. The researchers drew on several kinds of economic data to conduct the study, including plant-level data from the National Bureau of Statistics of China, and extensive data on local consumption. Most of the parks were built over the last quarter-century, and the study focuses on effects during the period from 1998 to 2007.

While building the industrial parks themselves clearly jump-started a considerable amount of economic activity, the spillover to the surrounding areas was also notable in multiple respects.

The researchers measured the areas 2km (1.2m) outside the industrial park zones and found that on average, in these neighboring places, employment increased 41%, total factor productivity increased 8%, and wages increased 3%.

To be sure, that was not a universal outcome for all 110 industrial parks in the study. The researchers found that for about 70% of the industrial parks they examined, there was also an increase throughout the surrounding area in productivity, or, the ability of firms to create goods efficiently.

As the research showed, those increases have a lot to do with human capital investment: A 10 percentage-point increase in the number of industrial park workers with college degrees corresponds to a 26% increase in the total factor productivity of incumbent firms located near the parks. The underlying reason, it seems, has to do with the synergies at work in the successful industrial park areas. In places where the industries in the newly created parks had clearly defined connections with existing firms — such as a relationship between a supplier and manufacturer — more positive outcomes resulted.

But in places lacking these kinds of synergies, the industrial parks did not fare so well.

“One size does not fit all,” Zheng observed, noting the “heterogeneous effects” of the Chinese industrial parks in the study.

As the researchers note, the question of how broadly the results could inform policy around the globe remains open. The study’s results on spillover effects provide data that could be relevant to a wide range of economic conditions. In essence, industrial parks, among other things, solve what Zheng terms “a land assembly problem and a cross-firm coordination problem” and let firms “cluster together in a timely fashion” outside cities.

“Apparently, China’s unique political system grants city mayors with powers that far exceed their Western counterparts,” Zheng said. “They can easily convert agricultural land at the edge of cities into urban use, and allocate a large parcel of land to build an industrial park and engage in land assembly in a very efficient way. On the downside, if city leaders made a wrong decision, it would cause resource misallocation.”

The study was conducted with backing from the University of California at Los Angeles Ziman Center for Real Estate, the National Science Foundation of China, and Fudan University.

A Petition To The UN To Kill ‘Killer Robots’