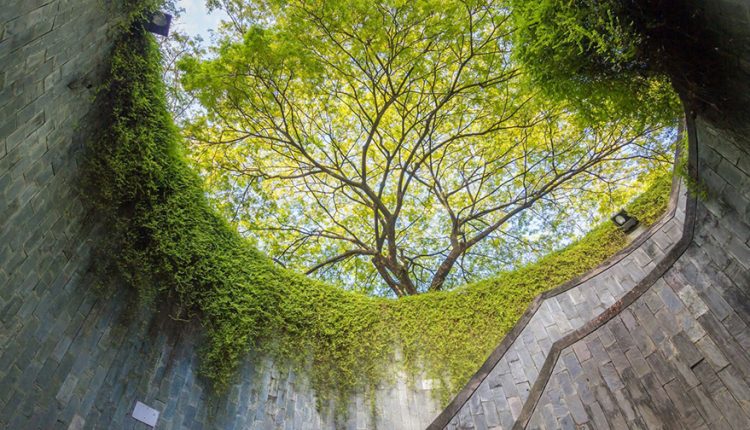 Key Materials for a Circular Economy

In modern history, the linear economy has been prevalent, with the input of raw materials for processing and use, followed by waste at the other end. As waste has piled up and as carbon emissions have instigated climate dangers, there is an increasing urgency to shift towards a circular economy.

Here, Jordan Flagel, guest author at materials database Matmatch, has explained which materials to adopt in a circular economy.

With the increased emphasis on sustainability and less reliance on dwindling resources, a circular economy, even if implemented only in finite areas, would be a major improvement for the future of the planet in many respects. We would see significantly less waste ending up in the ocean and we would lower our carbon footprint as a global society by decreasing a large portion of production processes.

A circular economy isn’t about using biodegradable materials. It’s not so much that they are unnecessary, as much as that they would require new input, thus introducing more material into the circular system. The materials mentioned below would feature prominently in a circular economy.

Titanium is stronger than iron and only half as dense, with a general density of 4.54 g/cm³ and a tensile strength of 434 MPa at 20oC. This combination makes it one of the best structural materials for the automotive, aerospace and marine industries – and a pillar of the circular economy.

Known for its high strength-to-weight ratio, corrosion resistance, and heat tolerance, it is also used in cookware, personal electronics, and household appliances. It is a highly biocompatible material that is capable of being incorporated into the human body, making it the material of choice for bone implants.

Iron is, without a doubt, the most widely used metal. This is due in large part to its natural abundance, low price and an immense variety of suitable applications. Pure iron has a general density of 7.87 g/cm³, a tensile strength of 540 MPa, and a specific heat capacity of 449 J/(kg·K) at 20oC. It has a melting point of 1,538oC yet rusts easily when it comes in direct contact with air.

This would make it problematic for use in a circular economy, which requires functional materials in all aspects to remain a part within the circle. Luckily, a plethora of alloys, such as the different grades of steel, impart corrosion resistance, rendering it one of the most versatile metals for worldwide applications in products perfectly suited to a circular economy.

Gold has great ductility, malleability and conductivity. That means it can be beaten into extremely thin sheets, is capable of being shaped or bent and is a superior electrical conductor. It’s also a relatively soft metal, which is usually hardened by alloying with copper, silver or other metals.

However, it has a relatively high density of 19.3 g/cm³ at 20oC, and a high melting point of 1,065oC. Its monetary value will always keep mining opportunities open, but that same value keeps it within the circle of use. Once gold is incorporated, it doesn’t leave, which is the aspiration for all materials in a truly circular economy.

This metal so intertwined with our daily lives is best known for its use in rechargeable batteries. Lithium is the lightest of all solid elements, with a general density of 0.54 g/cm³ and a Brinell hardness factor of 5 HB at 20oC.

It’s also the most reactive of all metals – and its importance lies in more than just batteries. When lithium is alloyed with some transition metals, it becomes more stable and can be used in specialised aircraft parts, vehicles and potentially spacecraft. In essence, lithium can help products last a long time in a circular economy that values product longevity.

Aluminium can be used in a wide range of applications, from electronics to beverage containers. It is infinitely recyclable, reusable and is used in everything from aircraft and power lines to construction materials such as ladders and doors.

The pure metal is relatively soft, with a Brinell hardness of 245 HB at 20oC, but it becomes stronger and harder when alloyed. It has good ductility and malleability, as well as being a good conductor for both heat and electricity, with an electrical conductivity of 38 million S⋅m-1 and thermal conductivity of 221 W/(m·K) at 20oC.

Aluminium is arguably the most favoured material used in a circular economy because of its reusability and recyclability. It is also considered a ‘green metal’, as it is one of the most eco-friendly metals available.

Plastics can play a crucial role in a circular economy. Since reusability, rather than biodegradability, is key, any plastic that can be used long-term without breaking down will be useful.

Add in a maximum service temperature of up to 65oC and specific heat capacity of between 900 – 1800 J/(kg·K), and it’s no wonder why PPVC can withstand difficult working conditions over a long product lifespan. It is already used prominently in pipes, tubes, handrail profiles, cable- and wire sheathing, and floor coverings, to name a few.

Moving Towards a Circular Economy

Given that many of the key materials needed to sustain a circular economy are already widely used and widely available, transitioning to this type of system should be possible. The main issues will be whether consumer demand can shift the thinking away from single-use items and planned obsolescence towards reusable and long-lasting, quality products.

Perhaps it would work best if lifetime costs were taken into consideration, with more durable products warranting a higher price that could be compared against the lifetime cost of lower-quality products that require constant replacements.

The Importance of Li-ion Recycling and What Will Drive It?

Sensors in the Water Industry: The Next Step to IoT Cities