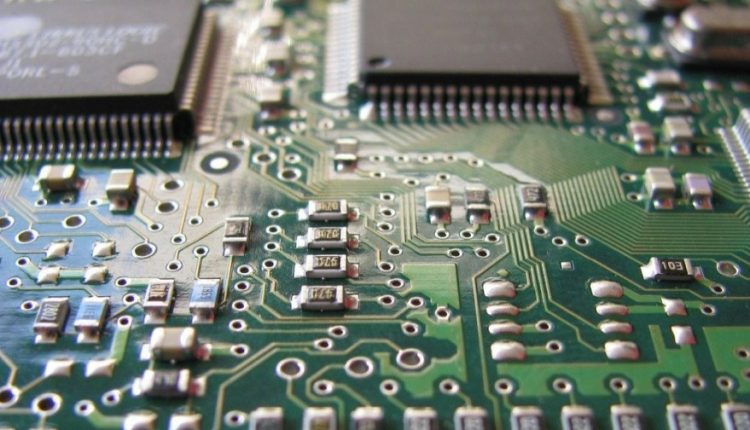 Moore’s Law, which states the number of transistors and their performance in a dense integrated circuit will double approximately every two years has been challenged recently. The semiconductor industry is struggling to maintain the pace and pack more and more micron-sized transistors into microchips, or integrated circuits. Meanwhile, the demand for smaller, faster, and smarter consumer electronics continues.

By using specially treated silicon surfaces to tailor the crystals’ size and shape, the researchers have found a potentially faster and less expensive way to produce next-generation semiconductor crystals for microchips. The crystalline materials produced this way could in turn enable new scientific discoveries and accelerate technological developments in quantum computing, consumer electronics, and higher efficiency solar cells and batteries.

“Having a method to sculpt crystals at the nanoscale precisely, quickly, and without the need for traditional top-down processes, presents major advantages for widespread utilization of nanomaterials in technology applications,” said Thomas J. Kempa, a chemistry professor at Johns Hopkins University who directed the research.

Kempa’s team first doused silicon substrates—the supports used widely in industrial settings to process semiconductors into devices—with phosphine gas. When crystals were coaxed to grow on the phosphine-treated silicon supports, the authors discovered that they grew into structures that were far smaller and of higher quality than crystals prepared through traditional means.

The researchers discovered that the reaction of phosphine with the silicon support caused the formation of a new “designer surface.” This surface spurred the crystals to grow as horizontal “ribbons” as opposed to the planar and triangular sheets typically produced. Moreover, the uniform complexion and clean-edged structure of these ribbons rivaled the quality of nanocrystals prepared through industry-standard patterning and etching processes, which are often laborious, lengthy, and expensive, Kempa said.

The nanocrystals prepared in this study are called “transition metal dichalcogenides” or TMDs. Like graphene, TMDs have enjoyed widespread attention for possessing powerful properties that are a unique consequence of their “two-dimensional” scale. But conventional processing methods struggle to readily alter the texture of TMDs in ways that suit new discoveries and the development of better-performing technologies.

Notably, the versions of TMDs that Kempa and his team were able to create were so small that they dubbed them “one-dimensional” to differentiate them from the usual two-dimensional sheets most researchers are familiar with.

Notable features of the crystals prepared by Kempa and his team include:

“We are contributing a fundamental advance in rational control of the shape and dimension of nanoscale materials,” Kempa said.

This method can “sculpt nanoscale crystals in ways that were not readily possible before,” he added. “Such precise synthetic control of crystal size at these length scales is unprecedented. Our method could save substantial processing time and money,” he said. “Our ability to control these crystals at will could be enabling of applications in energy storage, quantum computing and quantum cryptography.”

Who Says You’re Quantum Computer Can’t Check its Own Work?