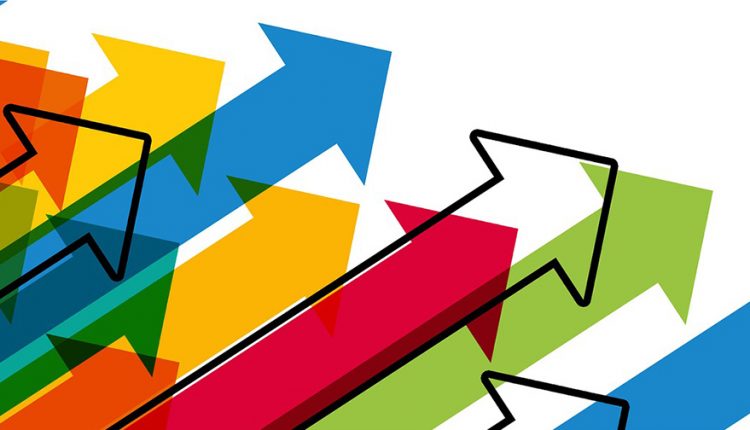 The figure below depicts the 2018 fabless company share of IC sales by company headquarters location. With 68%, the U.S. companies continued to hold the dominant share of fabless IC sales last year, just one percentage point less than in 2010.

Since 2010, the largest fabless IC marketshare increase has come from the Chinese suppliers, which held a 13% share last year as compared to only five percent in 2010. In 2018, four of the top five fastest growing fabless IC companies (with greater than $200m in sales) were Chinese companies (BitMain, ISSI, Allwinner, and HiSilicon). However, when excluding the internal transfers of HiSilicon (over 90% of its sales go to its parent company Huawei), ZTE, and Datang, the Chinese share of the fabless company IC sales drops by about half to seven percent. 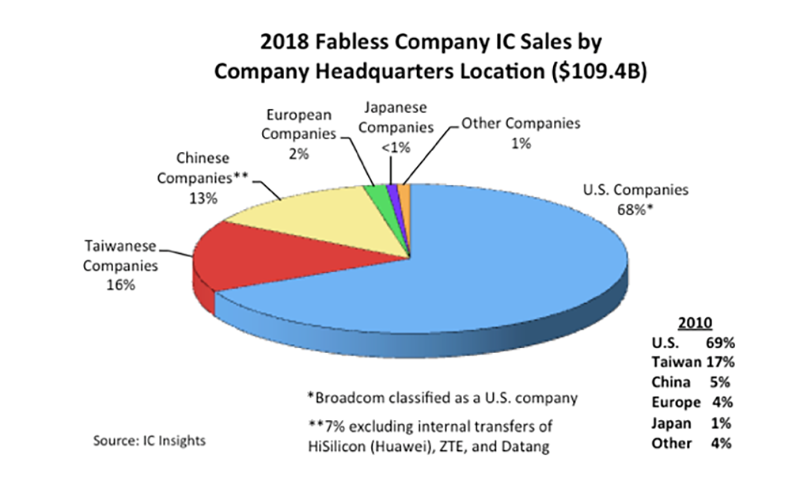 European companies held only two percent of the fabless IC company marketshare in 2018 as compared to four percent in 2010. This loss of share was partly due to the acquisition of UK-based CSR, the second-largest European fabless IC supplier, by US-based Qualcomm in 1Q15 and the purchase of Germany-based Lantiq, the third-largest European fabless IC supplier, by US-based Intel in 2Q15. These acquisitions left UK-based Dialog ($1.44bn in sales in 2018) and Norway-based Nordic ($271m in sales in 2018) as the only Europe-headquartered fabless IC suppliers in the top 50 company ranking last year.

The fastest growing fabless IC supplier in 2018, at 197%, was China-based BitMain, which has had a very interesting past couple of years. It should be noted that labeling BitMain an IC supplier is a bit misleading. BitMain is an electronic system supplier of cryptocurrency mining equipment. Since the company does not sell individual ICs on the open market, its IC ‘sales’ are similar to those IC Insights lists for Apple, with BitMain’s IC sales essentially being the value of ICs it purchases from its sole-source foundry, TSMC.

IC Insights believes that BitMain’s steep rise and fall in cryptocurrency mining equipment sales since 2016 is responsible for the majority of the volatility of TSMC’s China-based foundry sales over the past two years. 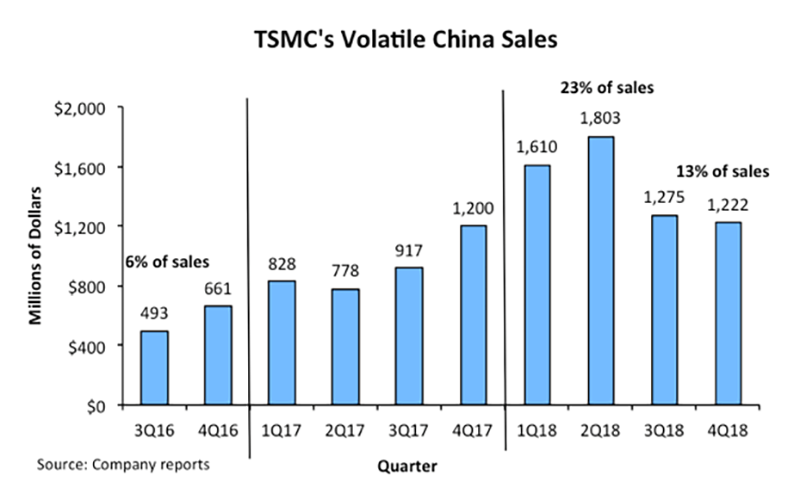 Overall, IC Insights believes that most of the large fabless IC suppliers will continue to do well and will help drive significant sales gains by the major IC foundries (such as TSMC, GlobalFoundries, Samsung, and UMC). Moreover, as the barriers to entry (high design costs, increasingly difficult access to venture capital money) rise, and fewer fabless companies are founded, IC Insights believes that the total fabless IC supplier listing will continue to grow increasingly ‘top-heavy’ in the future.