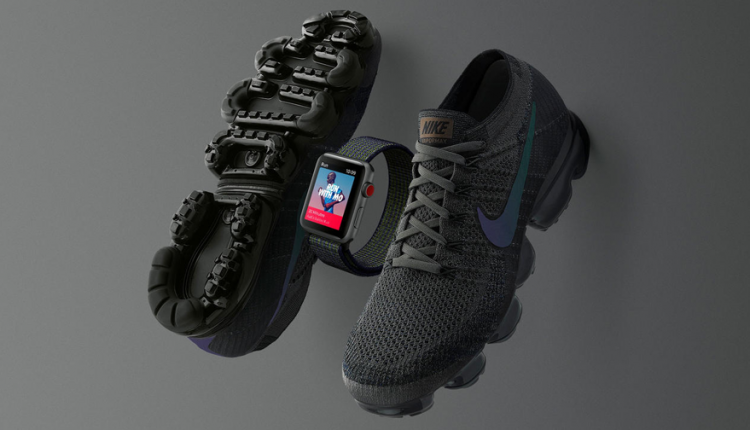 Always ensure your workout is color coordinated with Midnight Fog

The perfect tech set for your winter workouts.

There’s no greater feeling than looking down at your smartwatch and trainers and realising they match perfectly. Thanks to Nike’s new Apple Watch Series 3 model, named the Midnight Fog edition, you’ll never have a mismatched tech set again.

Much like the Day to Night collection Watch bands Nike that launched earlier this year to match up with its Vapormax Flynits.

Along with the limited edition watchband that features, ‘deep greys with iridescent accents’, this is every bit the same Watch as the standard Series 3 LTE model.

That means you can still stream music sans iPhone and track runs using the built-in GPS.

It will also put Nike+ Run Club front and center with watch faces.

As well as the ability to quickly launch the running app from the watch face Complication to tap into features like the new audio coached running mode.

The Series 3 didn’t walk away with the big Sports Watch of the Yearaward at the 2017 Wareable Tech Awards.

It did however, score Smartwatch of the Year and collaborations with the likes of Nike and Hermès.

The Apple Watch Series 3 Midnight Fog edition will be available from 14 November for $399 from Nike.com

Nike stores with the VaporMax shoes dropping globally on 24 November.

A fusion of sensor technology enhances the IoMT

Tracking Facial Expressions with an Earphone

Tracking Facial Expressions with an Earphone