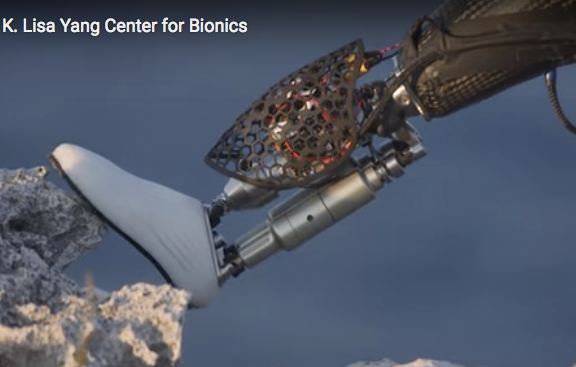 A more thorough understanding of the brain is opening many opportunities to alleviate the challenges of disability. Scientists and engineers are creating revolutionary technologies that restore the function of bodies affected by injury, aging, or disease via prosthetic limbs to digital nervous systems.

With the K. Lisa Yang Center for Bionics, MIT is pushing forward the development and deployment of enabling technologies that communicate directly with the nervous system. The center is funded by a $24 million gift to MIT’s McGovern Institute for Brain Research from philanthropist Lisa Yang, a former investment banker committed to advocacy for individuals with visible and invisible disabilities. Her previous gifts to MIT have also enabled the establishment of the K. Lisa Yang and Hock E. Tan Center for Molecular Therapeutics in Neuroscience, Hock E. Tan and K. Lisa Yang Center for Autism Research, Y. Eva Tan Professorship in Neurotechnology, and the endowed K. Lisa Yang Post-Baccalaureate Program.

In its first four years, the K. Lisa Yang Center for Bionics will focus on developing and testing three bionic technologies: