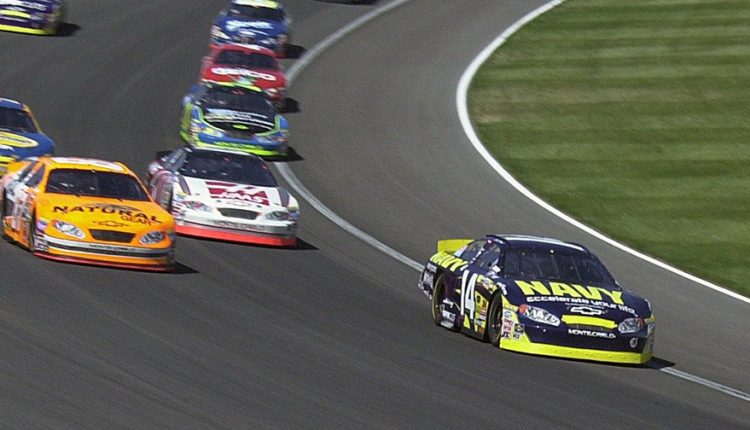 “Advancing additive manufacturing is something I’ve been a proponent of for the past few years. I believe it will change how we fundamentally manufacture in our sport,” said Michael Leavine, Vice President of Leavine Family Racing. Leavine Family Racing raced the No. 95 Toyota Camry in the NASCAR Cup Series from 2011 to 2020. The team completed the 2020 NASCAR Cup Series season with a top 20 finish, with Rookie of the Year contender Christopher Bell behind the wheel.

Leavine had been using 3D printing for the team’s race cars for years, initially discovering the technology when he looked for a cost-effective approach to making inch-wide pucks used to fill holes in the splitters on the cars (a sensitive aerodynamic component on the cars that offers an improvement in performance), instead of buying them from a vendor. The injection-molded pucks were typically five dollars each and used only once before being discarded. Leavine bought a lower-end 3D printer online and started printing the pucks in-house with PLA material, ultimately saving the team $20,000-$25,000 a year.

After that, he started to explore other applications in racing with 3D printing, such as prototyping fitment and fabricating fixtures.

Leavine selected the MakerBot METHOD X 3D printer for its impressive portfolio of materials and advanced thermoplastics available for both rapid prototyping and end-use parts. METHOD’s ability to print at extremely high temperatures was also a benefit for Leavine, who needed materials with high strength and high heat-resistance for demanding parts. The team opted for three MakerBot METHOD X 3D printers, two for the garage and one that could be set up in Leavine’s office or taken on the road for use on-site at races.

“We selected the MakerBot METHOD X for its advanced capabilities, which enabled us to produce better, lighter parts very quickly. METHOD is one of the most sophisticated units on the market, from the ease of connectivity, to the advanced materials we were able to use, to the heated build chamber that ensures print accuracy and repeatability every time,” explained Leavine.

With direct and immediate access to in-house 3D printers, the race car technicians were quickly able to produce prototypes and end-use parts themselves, saving time and money and allowing them to fully utilize the creativity of the people on the team.

Leavine added: “Our team had new ideas, new uses, and our use of 3D printing expanded from there. It became a daily thing for us and our printers were constantly running. We weren’t expecting 3D printing to become such an integral part of our production. We didn’t typically manufacture our own parts; we always bought from vendors. But then the capability came along where we were able to make our own parts and it opened our eyes to doing things better, faster, cheaper, and more efficiently.

“The ability to control the production process in-house, without having to manage outsourced vendors who also have demands from other clients, was critical. We were able to control everything, from the process, to part quality, and more.”

Using METHOD, the team printed dummy camera pods that were mounted on the tail of the car. The ability to print these housings on-site meant they did not have to take race-ready parts off the car during the body fabrication process, which resulted in significant time savings.

The team also used METHOD X to print the air intake duct inside the car, which is used to bring fresh air into the vehicle and is essential to optimizing driver performance during races. As temperatures around the duct can become very hot, it is essential the part is highly robust and able to maintain its integrity even in extreme heat.

For this part, the team used MakerBot Nylon Carbon Fiber due to its high strength and heat performance capabilities. Nylon Carbon Fiber produces strong and accurate parts and can be used to print metal replacement parts in some applications. The METHOD X 3D printer’s heated chamber reaches up to 110 degrees Celsius, allowing parts to cool down gradually to avoid warping and curling.

Additionally, Leavine was able to test the 3D printed parts far more quickly than if he outsourced production.

He noted: “We typically conduct a lot of tests on our parts. The stress we place on them can be 200% higher than they would actually experience on the racetrack, enabling us to see which parts would fail and at what point. If a critical part fails during a race, it can be the difference between winning and coming in last place. The ability to test part quality, and iterate rapidly, is important.”

“We’ve been very happy with our collaboration with MakerBot. They helped us get up and running and get quality parts on race cars.”