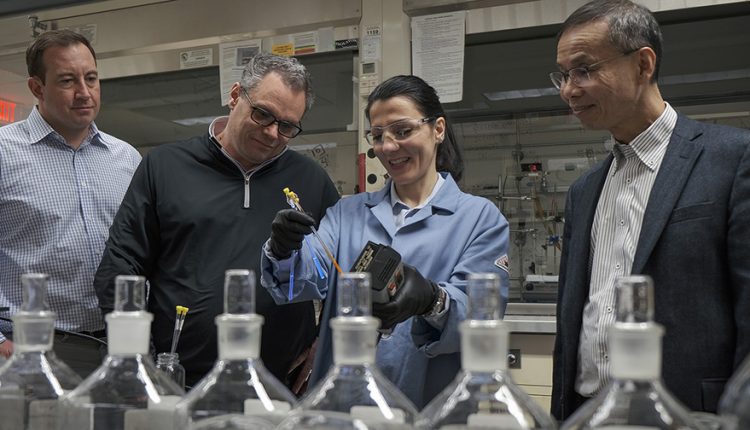 A team of researchers from nanotechnology specialist Nextgen Nano may have found a new way of accelerating the development of high efficiency organic photovoltaic (OPV) technology.

The findings are described in the paper High-performance tandem organic solar cells using HSolar as the interconnecting layer, published in the Advanced Energy Materials journal and featured on the inside cover.

With this research, it is possible for future research groups to fabricate and develop increasingly efficient multi-junction (MJ) OPVs based on the Nextgen Nano team’s recipe. Results of simulations conducted by the team showed that an efficiency greater than 22 per cent could be achieved in the near future based on these findings.

“If we are to truly realise a brighter, more sustainable future, we need to accelerate widespread use of OPV technology,” explained Duncan Clark, director of operations at Nextgen Nano. “Unfortunately, organic solar technology has faced several challenges with the likes of efficiency and replication, which has hindered commercialisation.

“The team at Nextgen Nano has taken a crucial step in addressing these problems by not only demonstrating impressive efficiency in OPVs, but by doing so in a way that is proven to be replicable outside of the core research team.”

The research team was led by Nextgen Nano’s chief technology officer Dr Franky So and research scientist Dr Carr Ho. The researchers first set out to identify means of improving the efficiency of OPVs, which have traditionally been limited by the typically narrow absorption bands of organic semiconductor materials. Many solar cell researchers have tackled this issue in recent years by layering two complementary solar subcells to create MJ, or tandem, OPV devices that can achieve higher efficiencies.

The ICL provides a physical and electrical contact between subcells, and is essential to minimize the energy losses. The efficacy of the ICL is integral to the efficiency and functioning of MJ solar devices. The challenge so far has been selecting and developing an ICL that does not interfere with the layers underneath, allows efficient charge recombination without a loss in open-circuit voltage and produces replicable results.

The team shared this ICL recipe with other research groups to validate the repeatability of the results, with the other teams achieving similar efficiencies of up to 16.1 per cent. Simulations run by the Nextgen Nano team showed that this could increase to 22 per cent if using state of the art organic photoactive materials as the tandem cells.

Nextgen Nano is focussed on leading research into the use of nanotechnology to pioneer new clean technologies. The company has been working on advancing the development of OPV technology for several years, to support the next generation of flexible, efficient solar panels.