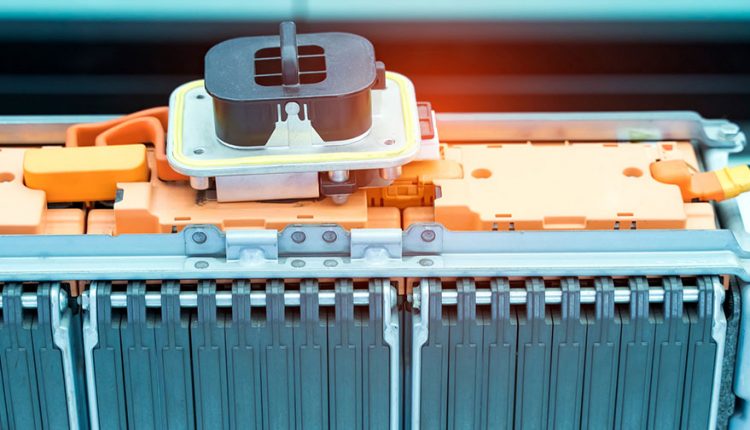 It’s not a controversial statement to say that nickel is one of the most versatile metals. Its uses vary far and wide, from electronics and food processing to a variety of alloys, and the rise of the electric vehicle (EV) means that more nickel is produced and consumed worldwide than ever before. Here, Ben Smye, head of growth at materials search engine Matmatch, digs into what the growing EV market means for nickel suppliers and consumers.

Nickel, the element nestled between cobalt and copper on the fourth row of the periodic table, has found a variety of uses throughout history, from corrosion-resistant stainless-steel alloys to the ubiquitous American five-cent ‘Nickel’. More recently, engineers have found extensive uses for nickel in high energy density batteries, particularly those found in the ever-expanding EV market.

For such a household element with a long history in human civilisation, it’s remarkably scarce. It’s only found at around 80 parts per million in Earth’s crust — 500 times less than other household elements like calcium. Even seemingly exotic elements, like titanium and manganese, are many tens of times more abundant than nickel.

There’s a significant mismatch here – more and more EVs are being produced, meaning demand for nickel has shot up, but nickel is relatively scarce. This is causing nickel prices to consistently creep up over the past few years, with little sign of slowing.

Nickel in batteries is certainly nothing new. First-generation hybrids, like the 1997 Toyota Prius and 1999 Honda Insight used nickel-metal hydride (NiMH) battery banks to store their electrical power. As the name suggests, nickel is a core ingredient in NiMH batteries and the high energy density, and current capabilities made early hybrids and full-electric vehicles possible.

Hybrid cars with NiMH batteries are still produced today, but the technology has been generally superseded by more modern batteries, namely the lithium-ion cell (Li-ion). Again, as the name suggests, Li-ion cells use lithium ions to provide their power. The biggest advantage of Li-ion cells over others is their high energy density.

The quest for ever-higher energy densities is partly why the EV market is growing so fast, as more energy per kilo means longer journeys between charges. It’s also the reason why there are so many different Li-ion battery anode chemistries, such as the lightweight lithium-ion polymer (LiPo) and the low toxicity lithium iron phosphate (LiFePO4).

Right now, however, most Li-ion cells being produced are either lithium cobalt aluminium (LCA) or lithium nickel manganese cobalt (NMC) anodes. This is because these anode chemistries currently offer the best compromise between weight, energy density and current rating.

The anodes of LCA and NMC Li-ion cells contain up to 80 per cent and 30 per cent nickel respectively. After the stainless-steel shell, which also contains nickel, nickel is the most abundant element in these batteries.

To squeeze the most out of this potentially world-changing technology, it’s vital that the nickel used is of the highest purity and quality possible. Because of nickel’s chemical similarity and affinity to alloy with its adjacent elements, copper and cobalt, sourcing high purity nickel can be a difficult task.

That difficulty can be completely avoided by using an online materials database like Matmatch. By working directly with nickel suppliers like hpulcas, which supplies nickel of up to 99.98 per cent purity, Matmatch collates and organises material data into a form that makes designing and engineering the latest battery designs easy.

It’s as simple as typing ‘nickel’ into the search bar, and all the various purities and alloys are laid out for you. Using Matmatch also makes sourcing these materials easy, as direct access to suppliers is just a click away. As the EV market continues to expand and creates a growing need for nickel, procuring that material need not be a challenge for automotive battery design engineers.

Being In Tune With Your Engine