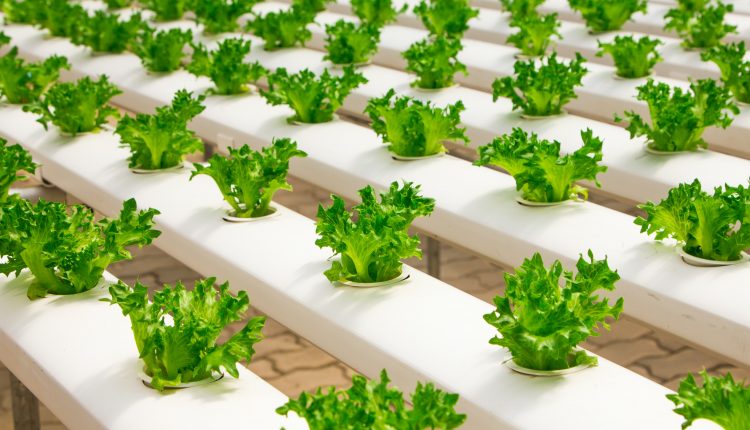 The research, published in Cell Reports Physical Science, found that red lettuce can be grown in greenhouses with OSCs that filter out the wavelengths of light used to generate solar power. This demonstrates the feasibility of using transparent solar panels in greenhouses to fulfil their high electricity demands, while not reducing the crop yield.

Over a 30-day period, four lettuce groups were grown under different light colour compositions using OSC filters. This included a control group exposed to a full spectrum of white light. No significant difference in fresh-weight or chlorophyll content between the control group and the experimental groups was found, suggesting that removing the selective portions of light spectrum needed to generate electricity did not affect the growth of the crop. The harvested wavelengths could then be used to power the energy-intensive lighting, thermal management and irrigation systems needed for greenhouse cultivation.

“Greenhouses are used to grow plants because they drastically increase yield in non-native climates, while lowering water consumption and pesticide use compared to conventional farming,” explained Doctor Carr Ho, research scientist at NextGen Nano. “But greenhouse glazing has poor thermal insulation, so heating and ventilation systems need to be installed to help maintain optimal conditions. Along with supplemental lighting, this leads to large, unsustainable energy consumptions.

“With this research, scientists at NCSU have found a way for greenhouse cultivation without the large energy demands traditionally associated with it,” continued Ho. “By using OSCs with the right optical coatings and design features, growers can manage the light transmission, power generation and thermal loads in a greenhouse for high-productivity at low-energy usages.

“Further research is needed to develop OSCs capable of increasing production yield in greenhouses. But the research supported by NextGen Nano certainly suggests that integrating OSCs into greenhouse cultivation is a promising strategy to achieve sustainable, high-intensity greenhouse-based agriculture.”

In addition to the support for this paper, NextGen Nano has developed a patented OPV device that can be used in the next generation of solar power. This technology is made from flexible, robust, Earth-friendly biopolymers with the aim to replace the traditional brittle solar cells made from toxin-heavy metals, like lead perovskites.

Materials That Could Bring Life To Mars