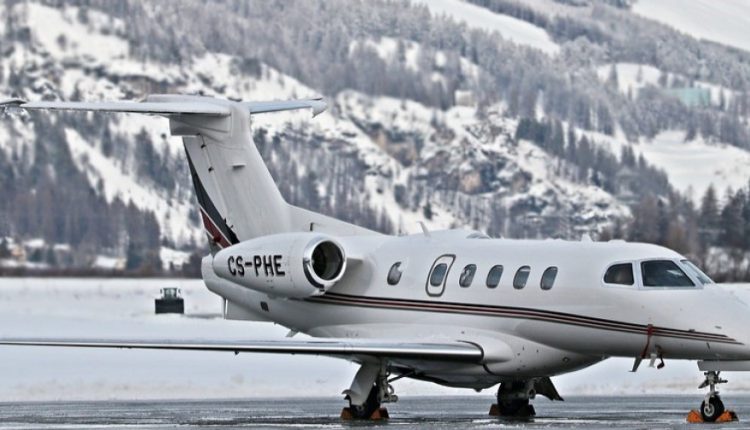 As the next generation of all-electric airplanes waits in the wings, new anti-icing technology is required to keep them fully functional at 35,000 feet.

Current aircraft use the heat generated by burning fuel to prevent ice formation on the wings at the sub -51C temperatures high in the atmosphere.

Physicists from Northwestern Polytechnical University in China and Iowa State University have published evidence that equipment important in controlling landing and takeoff can double-up as icing control.

The technique relies on plasma actuators, a special type of short electrical circuit.

When a high voltage is applied across the two electrodes, it causes the particles of air above it to ionize, forming a plasma, and inducing a flow, or wind. This plasma flow over the actuator has been previously manipulated to control the aerodynamics of aircraft wings, altering the lift and drag for landing and takeoff (known as flow control applications). But plasma actuators don’t just release an induced wind – they also release heat, creating a completely new method for efficient icing and flow control.

The plasma control team of Northwestern Polytechnical University first realized the effect of plasma actuators on icing in 2012, when an ice cube placed in the discharge area of the plasma exciter quickly melted.

To further demonstrate the mechanism of plasma ice protection, the team has designed thin, surface dielectric barrier discharge plasma actuators and mounted them on a 3D-printed plastic NACA 0012 airfoil. Three configurations of actuators were installed in order to investigate how different aerodynamics impacted ice formation. Then high-speed cameras, alongside infrared thermal imaging and particle scattering lasers, were used to visualize how the induced flow and thermal output interacted.

Tests were conducted in still air conditions as well as inside an icing wind tunnel, where cold particles of air were fired at the airfoil. The team found that thermal and flow dynamics are inextricably interlinked for all three actuators.

The plasma actuators placed perpendicular to the airfoil surface were the most effective at transferring heat along the wing, completely preventing ice formation. Of course, more studies are needed before the tech takes flight, but researchers are optimistic.

Story via American Institute of Physics.