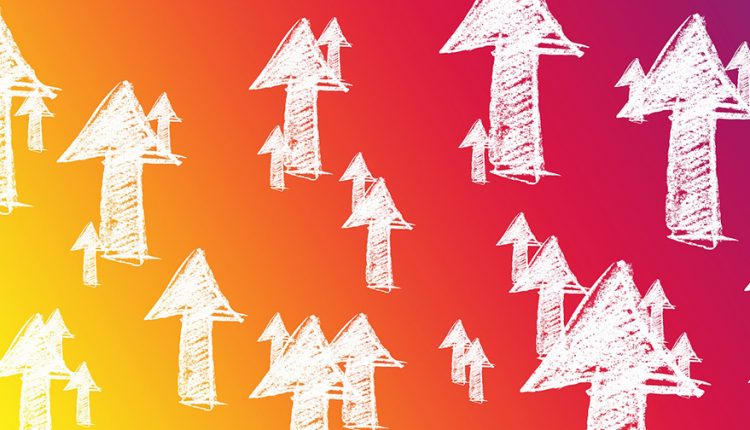 Furthermore, printed/flexible sensors can measure a wide range of parameters and can be employed in emerging applications, including industrial IoT, wearables, automotive interiors, and smart buildings.

In no particular order, here are IDTechEx’s top five innovative printed/flexible sensor technologies along with their associated applications.

You may be familiar with both capacitive touch sensors, found, for example, on top of smartphone and tablet displays, and piezoresistive sensors that detect changes in pressure. Both these functionalities can be combined within the same multilayer printed film to form hybrid sensors. Such sensors can detect both proximity and pressure, enabling buttons that illuminate prior to contact but only actuate with a firm press. They can also be utilized in robot grippers to detect when the ‘fingers’ are close to objects and measure the pressure distribution.

Most image sensors are made from small rigid pieces of silicon. However, many other semiconductors can also be used to detect light, including printable organic semiconductors. These have the advantage of being very thin since the light-absorbing layer is only a few hundred nanometers and are cost-effective to manufacture over large areas, making them applicable to biometric sensing such as fingerprint recognition. Furthermore, unlike silicon, the absorption spectrum of organic semiconductors can be adjusted, including into the NIR region.

Currently, most methods of measuring pH are either inaccurate/subjective (universal indicator paper) or relatively costly (electronic probes with a reference electrode). German firm Accensors have recently developed a method for printing pH sensors, in which an affordable and simple sensor can be created by printing just one nanoliter of a proprietary material. A printed temperature sensor usually accompanies these pH sensors to ensure accurate readings (since pH is a function of temperature). Arrays of printed pH and temperature sensors have been incorporated within prototype wound monitoring patches.

Swedish company InviSense have developed a printable thin-film sensor that can detect moisture. A printed RFID antenna coil is coated with a moisture absorbing material. As moisture is absorbed, the capacitance associated with the coil also changes, changing its resonant frequency. This can then be detected remotely by an RFID reader. The key advantage of this approach is that the thin film format of the sensor enables it to be placed behind bathroom tiles and that testing can be performed in a non-destructive manner.

Relative to sound, sight, and touch, smell is one of the human senses that has yet to be effectively digitized. One of the challenges is that odors are made up of multiple gas molecules in different concentration ratios. The ‘electronic nose’ approach to gas sensing aims to resolve this challenge by using an array of semiconductors, such as carbon nanotubes, that are functionalized slightly differently. By algorithmically comparing the conductivity changes across the different sensor regions with reference data, the gas composition can be determined.

To learn more about any of the printed/flexible sensor technologies featured in this article, including from both a technical point of view and in terms of market size and forecast, please see the IDTechEx report ‘Printed and Flexible Sensors 2020-2030: Technologies, Players, Forecasts’.

All IDTechEx’s reports, including a wide selection on various aspects of printed/flexible electronics, contain detailed analysis of established and emerging technologies, their potential adoption barriers and suitability for different applications, and an assessment of technological and commercial readiness. These reports also include multiple company profiles based on interviews with early-stage and established companies, along with ten-year market forecasts.