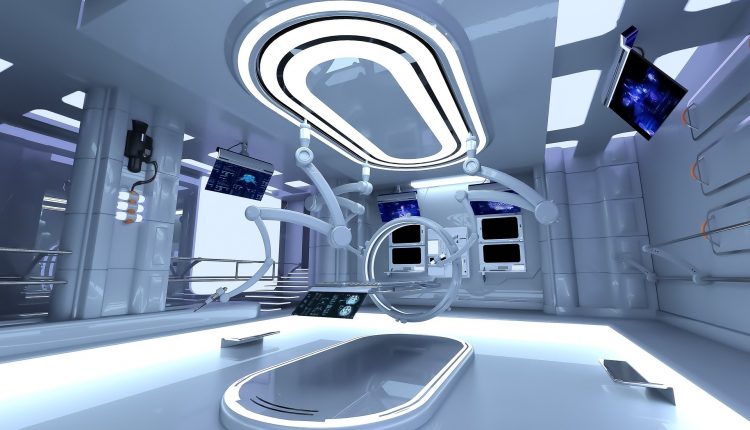 CMR Surgical has announced that it has raised $600 million in a Series D financing. The round was led by SoftBank Vision Fund 2 and co-led by Ally Bridge Group and will support the Company’s mission to make keyhole surgery accessible to more people worldwide.

The funds will be used to increase the global commercialisation of Versius, CMR’s next-generation surgical robotic system, and further develop its digital ecosystem.

CMR works with surgeons and hospitals to provide an optimal tool to make robotic keyhole surgery universally accessible and affordable. Versius’ size, portability and versatility have made it very popular with hospitals and surgeons around the world. As part of CMR’s ongoing international expansion, Versius has been successfully launched in multiple geographies worldwide including across Europe, Australia, India and the Middle East. Global demand for CMR’s surgical robot continues to grow with significant further momentum anticipated.

The Series D secures the financing to fully execute CMR’s strategy to rapidly accelerate its geographical expansion and builds upon the framework the Company has established to grow a long-term independent global business. The new funds also support the continued development of the system’s digital framework, including new technological developments such as Versius Connect, an app for surgeons using the Versius surgical robotic system.

In addition to SoftBank Vision Fund 2 and Ally Bridge Group, the financing was supported by other new international investors including RPMI Railpen, Tencent and Chimera, broadening the geographic scope of the shareholder base. Existing investors, including LGT and its affiliate impact investing platform Lightrock, Watrium, Cambridge Innovation Capital, PFM Health Sciences and GE Healthcare, also participated in the round.

Per Vegard Nerseth, Chief Executive Officer of CMR, commented: “This latest financing equips CMR with significant funds to accelerate our mission of bringing Versius to hospitals worldwide, whilst providing full flexibility to achieve our goals. This major injection of capital that now values us at $3bn not only reflects the level of interest we have seen in our product, but also the scale of the business, and will enable significant technology developments and global expansion.

“As the lead investor, SoftBank has a wealth of experience supporting disruptive business models and innovative technologies, and we look forward to leveraging their expertise and extensive ecosystem. I would also like to thank our existing investors for their long-term support.”

Yanni Pipilis, Managing Partner for SoftBank Investment Advisers, commented: “Demand for minimally invasive robotic surgery is growing rapidly among surgeons and patients yet high costs have historically hindered adoption. CMR Surgical is transforming surgical robotics to convert underpenetrated open & laparoscopic procedures in new international markets where robotic surgeries are less prevalent such as India, the Middle East and Latin America. We look forward to working with CMR in its mission to make robotic keyhole surgery available to everyone.”

Charles Chon, Partner and Head of MedTech, Ally Bridge Group, said: “As life science-dedicated specialists and active investors in surgical robotics, we believe the user-friendliness and cost-effectiveness of the Versius system allows a meaningfully differentiated robotic experience that democratises robotic surgery both procedurally and geographically. We are proud to support CMR as a hallmark of UK innovation and a solution for all surgeons and their patients.”

The Benefits Of Using A D-Sub Connector In Industry