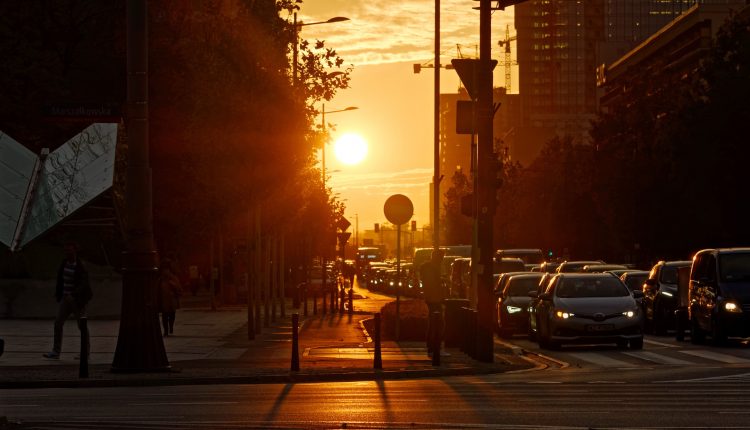 The global electric vehicle (EV) market has grown significantly in the last 20 years and this is welcome news, but a question remains. How can we power EVs without relying on energy from the national grid?

Here Franky So, chief technology officer of solar cell development company Nextgen Nano, has explained how advancements in solar nanotechnology could facilitate the surging demand for power for EVs in the UK.

One day, while sitting amidst the dense smog of Victorian London, inventor Thomas Parker had a realisation. Pollution from coal-powered machinery and transportation was harming the population and something had to be done to stop the issue from escalating.

Parker had already been responsible for overseeing the electrification of the London underground and tramways in other areas of the country. Drawing from this knowledge and interest in fuel efficiency, as well as his concerns about London’s air pollution according to his great-grandson, Parker set about inventing and developing the first practical electric car in 1884.

It was effectively a horseless carriage, but it was the important first step on the journey of EVs. 125 years on, the technology has developed but the story remains almost unchanged — pollution is still one of the most pressing problems of modern times. However, with the adoption of EV technology surging in recent years, are we beginning to turn a page?

By the end of 2020, Department of Transport statistics revealed that more than 175,000 EVs are registered and active on Britain’s roads. Alongside this, registrations of traditional diesel and petrol cars have started to decrease year on year — a promising sign for the UK market.

There is a caveat to this, however. One of the concerns around the growth in the EV market has been the pressure new vehicles will add to existing electrical infrastructure. More cars necessitate more charging points, which requires more power from the national electrical grid. By nature, many drivers will choose to recharge their EVs during or following the early evening drivetime period. This is where we encounter problems.

Our electrical infrastructure is not robust enough to handle a sudden spike in demand, which could lead to power outages and issues with harmonic currents damaging electrical components. This would have the most significant impact on local infrastructure in areas with a high concentration of EVs.

To mitigate this risk, the UK’s energy regulation body, Ofgem, has been calling for incentives to encourage drivers to charge EVs outside of peak hours. The trouble is this isn’t convenient for drivers. As such, another solution is needed.

Power For The Road

The solution may be to rethink how EVs can charge. Instead of just plugging into charging points connected to the grid, there is potential to facilitate charging through solar panels contained on the car itself. This enhances convenience for drivers and could be achieved using NextGen Nano’s unique PolyPower organic solar cell technology.

PolyPower combines the latest advancements in nanotechnology, biopolymer materials and organic polymer solar cells (PSCs) to offer a robust, flexible, sheet-like photovoltaic product that can be easily incorporated into the design of EVs.

Effectively, this technology could decentralise power generation for EVs and, if there is sufficient sunlight for the cells to harvest, the vehicle’s battery can be recharged on-the-go. This complements the existing charging infrastructure, alleviates the strain on the grid and allows EV manufacturers to extend the range of their vehicles.

What’s more, the use of nanotechnology in developing PolyPower means that it remains incredibly thin. Automotive designers can incorporate it onto the exterior of the vehicle, without compromising on vehicle aesthetics.

It’s not just the electrical infrastructure that would benefit from this design choice. Consumers get the benefit of recharging becoming a convenient process that fits their lifestyle, while the technology itself has the potential to be low-cost and will therefore keep the price of the vehicle low.

Likewise, the technology means that EV manufacturers can produce solar-powered cars that boast much higher ranges than their competitors, at a competitive price. And because solar is a renewable energy source, EV brands can also ensure vehicles can run on entirely sustainable power.

Just as the EV market is becoming increasingly mature and prevalent, so too is the charging technology underpinning it. If automotive manufacturers invest in the right technology, there is no reason why EVs can’t become the standard in the years ahead.