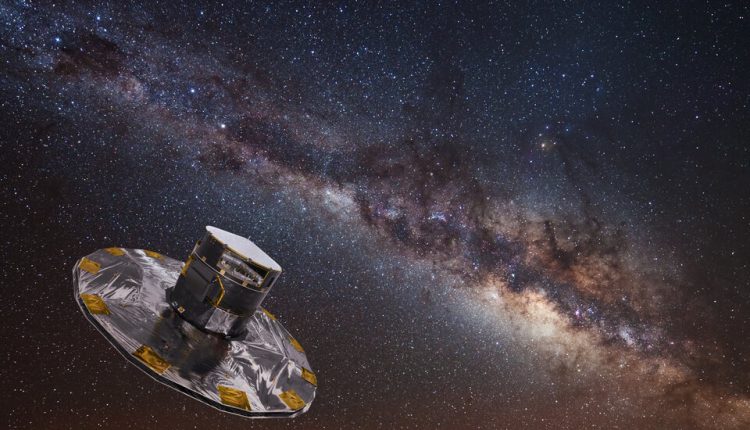 The Gaia space mission by the European Space Agency (ESA) is mapping our galaxy, providing unprecedented, detailed data that promises to revolutionize our knowledge of the solar system and beyond.

Gaia, launched on December 19th, 2013, from French Guiana by a Soyuz-Fregat vehicle, makes the most extensive, precise, three-dimensional map of our galaxy. She began collecting data in July 2014 and will survey more than a thousand million stars during her mission—approximately one percent of all of the stars in our Galaxy.

The Gaia spacecraft houses two optical space telescopes and revolves around its axis slowly, making a complete revolution every six hours. Her three science instruments provide accurate stellar positions, velocities, and spectral properties of the heavenly bodies around it.

The European Space Agency released its third batch of data on Monday, June 13th, improving our understanding of the space around us. The data, for example, allows for the derivation of asteroid and exoplanet orbits and physical properties. It helps to unveil the origin of our solar system, as well as its future evolution.