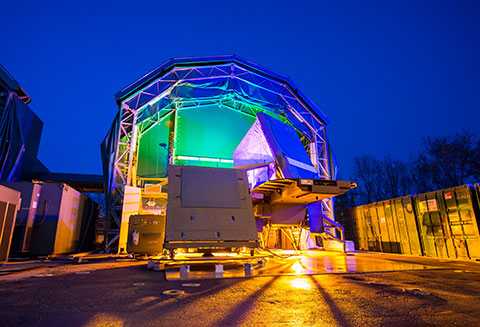 Air and missile defense is about to get an upgrade now that Raytheon just completed upgrades the combat-proven Patriot Air and Missile Defense System. The upgrades will deliver 360-degree capability and keep Patriot on top of more sophisticated threats, such as aircraft, drones, and cruise and ballistic missiles.

The Patriot radar main array was enhanced with gallium nitride- (GaN) based, Active Electronically Scanned Array (AESA) technology.  Raytheon engineers are now working on a GaN-based AESA, full-size, main panel radar array and are on track to have a full-scale main array prototype fully functional early this year, after only 24 months of development.

Last year, Raytheon built a GaN-based AESA rear-panel array and integrated it with a radar for potential use in Patriot, using existing and recently modernized back-end processing hardware and software. The radar then tracked targets of opportunity and created 360-degree views.

The Raytheon-built GaN-based AESA radar uses three antenna arrays mounted on a mobile radar shelter to provide 360-degrees of radar coverage. The main AESA array is a bolt-on replacement for the current Patriot antenna. The GaN-based AESA array measures roughly 9′ wide x 13′ tall, and is oriented toward the primary threat. The new rear panel arrays are a quarter the size of the main array, and let the system look behind and to the sides of the main array to offer Patriot the ability to engage threats in all directions.

Not only has the company been working on hi-tech military technology, but it also decided to dabble in virtual reality. A new virtual reality app puts users on a New England hilltop allowing them to scan the horizon from the viewpoint of Raytheon’s new 360-degree, missile-defense radar. The app requires a Google Cardboard viewer. Raytheon offers free Google Cardboard viewers.