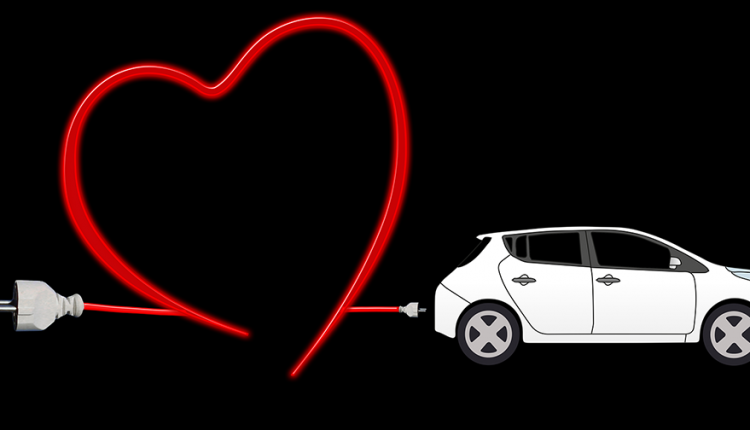 The COVID-19 pandemic has caused 2020 to become the pivotal year as the automotive industry goes through a once in a hundred-year transformation. Overall, we expect global car sales in 2020 to crash by roughly 20%, yet plug-in electric cars (battery-electric and plug-in hybrid) to grow by north of 21%, showing the remarkable resiliency of electric vehicles against the backdrop of economic downturn.

This growth is primarily driven by Europe, which is now close to dethroning China as the world’s largest EV market.

Riches have been made this year with the meteoric rise of Tesla’s market cap, while investors in other areas of the car market are reeling. The scrabble has intensified for those wrong-footed with their electric vehicle strategy as governments bring forward the deadline of making gas vehicles obsolete.

Some jump into the short-term opportunity of hybrid vehicles – ‘it’ll buy time for now’ – but the end game, driven strongly by governments and people in the quest for reduced emissions, is clear in battery electric vehicles. Sales of plug-in electric cars are a $55 billion business in 2020, $502 billion in 2030 and $1.2 trillion in 2035, according to the IDTechEx master report on electric vehicle markets.

As ride-hailing has struggled this year and Uber has pulled out of autonomous vehicles it signifies the intense investment needed in autonomous vehicles, which remain important but the priority is electrification, with governments and buyers creating the demand.

IDTechEx’s technical and market analysts have evaluated electric vehicles across land, sea and air to provide the most comprehensive global research and data on the topic. In this article, IDTechEx Research summarizes five key electric vehicle trends as 2021 looms.

President-elect Biden has plans to revise the relaxed US emissions standards, a critical policy driver. Emissions standards in Europe have forced electric vehicle investment and model releases from automakers; Europe is the only plug-in car market growing 78% this year, according to IDTechEx Research, with the US expected to decline seven percent and China to be flat. In addition, President-elect Biden plans to extend the federal tax credit (which ran out for leaders Tesla and GM in 2018 and 2019, stalling the market).

Critically, President-elect Biden also plans to invest in public charging infrastructure. All this means electrification will begin to accelerate in the US after a couple of stagnant years and IDTechEx’s long-term forecast for the US will increase. It is not all plain sailing, however, as the senate is controlled by the Republicans – bipartisan support will be crucial.

Emissions fines for electric vehicle laggards in Europe result in pouring free money into Tesla. The European policy of 95g of CO2 per km will be fully enforced in 2021; if they are not met, automakers face fines of 95 euros for each g per km of CO2 exceedance, which could amount to billions of euros for laggards.

Automakers are allowed to trade credits with one another; in the past, GM and FCA have purchased billions of dollars’ worth of credits from Tesla, which is cheaper than paying the fines. This may itself pay for a significant amount, if not all, of Tesla’s R&D.

Electric Long-Haul Trucks Around The Corner

The Tesla Semi release date was pushed back to 2021 as Tesla has struggled to keep to production timelines whilst prioritizing the production of electric cars. Hydrogen also faces setbacks, with Nikola pushing back the Nikola 2 to 2023 and announcing it will first release battery-electric models (before the Trevor Milton drama). So, zero-emission long-haul trucking is a little bit further round the corner than previously predicted, but 2021 will be an interesting year for understanding the effectiveness of batteries as a solution in this segment.

OEMs Daimler and Volvo are also increasingly demonstrating their commitment to zero-emission trucks, initially with battery-electric vehicles for short-haul routes, but fuel cells are also on the agenda.

Like Your Phone, Fit The Battery To The Space

In 2020, announcements signaled that the end of the battery module may be near. Removing the battery module could become the low hanging fruit for automakers to increase ‘pack level’ energy density without cell-level improvements, simply by removing module casings and other redundant module materials.

This will be easier for startups which are more vertically integrated, but incumbent OEMs will be limited by legacy designs and long development timescales.

Electric Vans / Light Commercial Vehicles (LCV) Emerging In The US

Following Ford’s reveal for an E-Transit electric delivery van, set for production in 2022, it is poised to be the first major OEM to enter the US market with an electric LCV. IDTechEx expect other US OEMs to follow suit in 2021 considering the extra impetus from the California Air Resources Board’s Advanced Clean Trucks Regulation.

Competition for Ford seems most likely to come from GM, which announced in June 2020 the development of an all-electric van – the BV1. Daimler could launch a bigger battery version of their eSprinter in the US (though Mercedes have said the current EU eSprinter doesn’t meet US safety requirements), Chrysler a RAM badged version of the Fiat E-Ducato, and Nissan the e-NV200. EV start-up Rivian are also scheduled to deliver up to 10,000 electric vans for Amazon by 2022.

How Neural Networks See the World